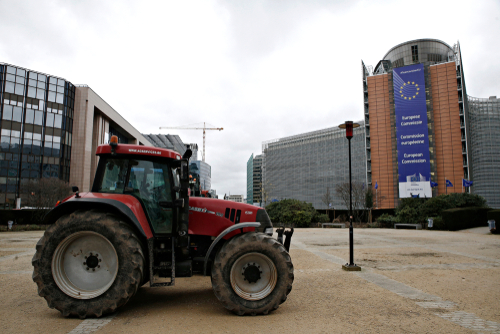 Belgium, (Brussels Morning Newspaper) The European Commission has launched public consultation on proposed agriculture rules aimed at improving the sustainability of the sector.

In a statement released on Tuesday, the body pointed out that the Treaty on the Functioning of the EU (TFEU) generally prohibits agreements that restrict competition, especially those that lead to lower production or higher prices.

“However, Article 210a of Regulation 1308/2013 establishing a common organization of the markets in agricultural products (‘CMO Regulation’) excludes certain restrictive agreements in the agricultural sector from that prohibition, when those agreements are indispensable to achieve sustainability standards,” the body noted.

New rules will clarify how companies in the sector of agriculture can formulate their sustainability agreements if they restrict competition, with the Commission stressing that such agreements are allowed only for agricultural producers.

The body added that agreements may restrict competition if they reduce the use of pesticides, protect the environment or improve animal health and welfare.

In order to restrict competition, agreements must include higher sustainability standards than EU or national laws require.

“While the guidelines do not set a minimum level of improvement that the parties need to achieve compared to mandatory standards, they do clarify that the assessment of the indispensability of this improvement will need to take into account the level of the restrictions,” the Commission added.

EU Commissioner for Agriculture Janusz Wojciechowski pointed out “the transition to more resilient and sustainable agricultural production requires reinforced co-operation within the actors of the whole supply chain, ensuring that farmers get a fair economic return for their efforts to enhance the sustainability of their production beyond what is currently mandatory.”

He expressed hope that farmers will take advantage of new rules to draw up sustainability agreements.