EC declaration on the anniversary of Chemical Weapons Convention 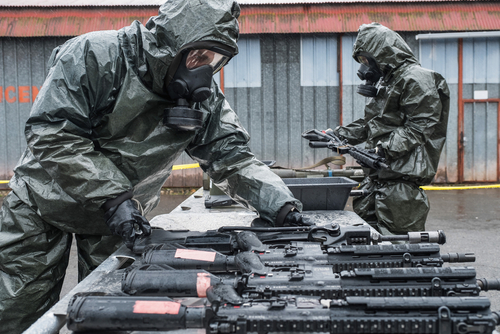 Belgium, (Brussels Morning Newspaper) The EC warned on the 25th anniversary of the Chemical Weapons Convention (CWC) about the re-emergence of the use of chemical weapons.

Josep Borrell, High Representative of the Union for Foreign Affairs and Security Policy, reminded that the CWC came into effect on 29 April 1997 and enshrined “the international norm against the use of chemical weapons.”

“Since it entered into force, 99% of the world’s declared chemical weapons stocks have been verifiably destroyed under the control of the Organisation for the Prohibition of Chemical Weapons (OPCW),” he noted and warned, “however, despite the tangible progress, the re-emergence of use of chemical weapons is one of the most serious threats to international peace and security.”

Borrell reminded that chemical weapons were used in Syria in the last decade and added that the “toxic nerve agent Novichok was used in the assassination attempt on the Russian opposition politician Alexei Navalny in the territory of the Russian Federation” in 2020.

He noted that Kim Jong-nam, half-brother of the Supreme Leader of North Korea Kim Jong-un, was assassinated with a chemical weapon in Malaysia in 2017 and added that Russian double agent Sergei Skripal was the target of a chemical attack in the UK in 2018.

“The use of chemical weapons by anyone, anywhere, at any time, and under any circumstances constitutes a violation of international law and can amount to the most serious crimes of international concern – war crimes and crimes against humanity,” Borrell warned in the statement.

He stressed that the bloc imposed sanctions on Syrian and Russian individuals and entities under its chemical weapons sanctions regime and condemned the use of such weapons.

Borrell pointed out that scientific and technological advances present challenges and opportunities “to foster peaceful uses of chemistry” and added that the EU reaffirms its support for the OPCW and the CWC.

“The transformation of the OPCW laboratory into a Centre for Chemistry and Technology will be key to strengthen the Convention and enhance the Organisation’s capacity to perform its core tasks of verification, inspection, and capacity building,” he stressed.

“In this context, the EU reiterates its full confidence in the OPCW Technical Secretariat, its professionalism, impartiality, and well-established technical expertise,” Borrell concluded.