EC concerned about impact of coronavirus crisis on banks 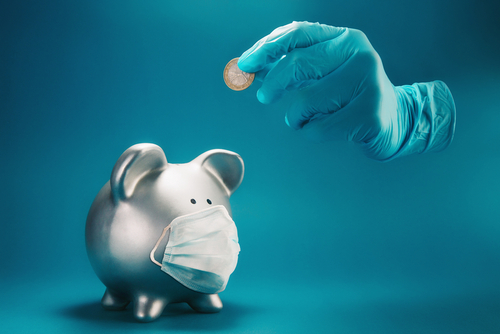 Brussels (Brussels Morning) EU officials expressed concern in a report to eurozone finance ministers on Monday about the impact of the coronavirus crisis on banks, according to Reuters reporting on Wednesday.

They warn that the ratio of non-performing loans will likely go up when governments discontinue economic aid measures introduced to cushion the blow of the crisis.

In the report, the officials estimate that approximately 25% of companies in the EU would have faced financial problems at the end of 2020 without government aid measures.

Report warns banks are too optimistic

They add that banks are not setting aside enough money to cover potential losses, stressing that close to 289 billion euro worth of loans were approved through public guarantees.

European Commissioner for Economy Paolo Gentiloni stressed the importance of avoiding “a sharp rise in insolvencies” after the meeting of finance ministers.

The European Central Bank (ECB) warned in January that banks are underprepared for the expected rise of bad loans, noting that some are skewing risk calculations.

Disagreement between regulators and banks

While regulators warn about the effects of the coronavirus crisis, banks are optimistic.

According to a survey by ECB’s European DataWarehouse in December last year, approximately 20% of loans in the UK required a payment break. Next in line were Italy and Portugal with more than 12% and Ireland with about 10%.

According to an unnamed eurozone official, some banks could run into problems or need saving.

Klaus Regling, Managing Director of the European Stability Mechanism (ESM), pointed out on Monday that the ESM fund presents a “second line of defence” and could start winding up banks next year.