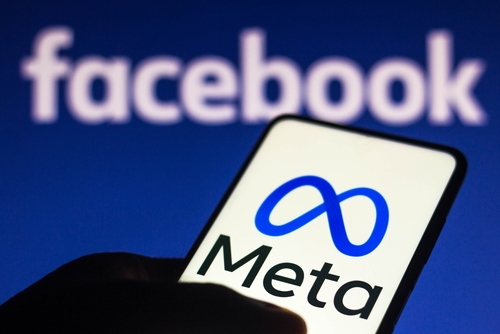 October 29, 2021, Brazil. In this photo illustration the Meta logo seen displayed on a smartphone and in the background the Facebook logo

The European Commissioner for Competition, Margrethe Vestager, has stated that the approval is conditional, and that Meta has to comply with offered commitments.

Kustomer is a US customer service company founded in 2015. It processes interactions between customers and businesses, integrating communication through email, phone, SMS, webchat, WhatsApp, Twitter, Messenger, and Instagram.

In order to address the EC’s concerns, Meta has proposed a series of 10-year commitments, including a guarantee of non-discriminatory access to publicly available application programming interfaces (APIs) to competitors.

The company also proposed making improvements to the functionality of Messenger, WhatsApp and Instagram available to Kustomer’s competitors, an offer that applies to any new functionalities of Meta.

In addition, a trustee is to be appointed to monitor Meta’s adherence to its commitments, with the right to fully access Meta’s records, technical information, facilities and personnel. The trustee will be allowed to appoint a technical expert to help with the monitoring.

The EC has determined that because of Meta’s undertakings in this regard, the takeover no longer raises concerns about competition. However, it also restates that its approval of the deal is conditional on Meta fully complying with the terms outlined.

The Commission reiterated that is has to assess planned mergers in order to prevent market concentrations that might jeopardise competition.

Meta was founded in the US in 2004. The company provides targeted advertising services and operates messaging channels Messenger, WhatsApp and Instagram.

Most of its revenues come from advertising services to third parties as the company’s messaging channels become increasingly important for communication between consumers and businesses.

According to the EC, Austria sent a request for regulatory clearance of the acquisition in May last year. Bulgaria, Belgium, France, Ireland, Iceland, Italy, Portugal, Romania and the Netherlands have since joined in the request.

The Commission stressed that it assessed the effects of the planned acquisition in the EU member states in question under the EU Merger Regulation.

“Our decision today will ensure that innovative rivals and new entrants in the customer relationship management software market can effectively compete”, Vestager stated. “The commitments offered by Meta ensure that its rivals will continue to have free and comparable access to Meta’s important messaging channels.”