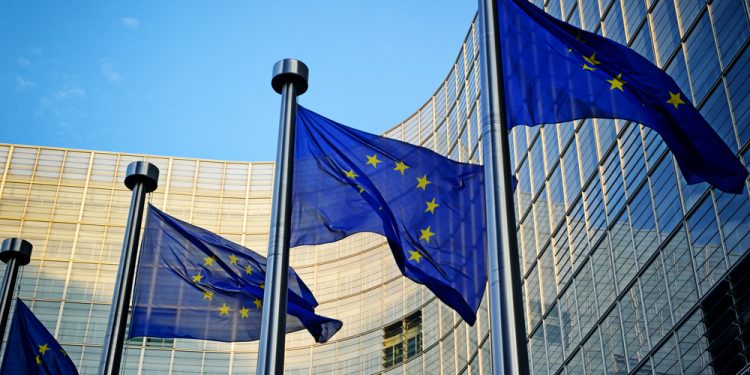 EU flags in front of European Commission in Brussels

The RAG was adopted in April last year and came into effect at the start of 2022, enabling support to underdeveloped regions, according to an EC press release this week.

The Commission stressed that the RAG is aimed at helping such regions to catch up with the rest of the EU, reducing economic disparities and strengthening cohesion. It added that the tool provides more possibilities to EU member states to help those regions that face structural challenges and to contribute to digital and green transitions.

Moreover, the RAG prohibits EU countries from using public funds to relocate jobs between member states, an essential requirement to ensure fair competition within the bloc.

The Commission pointed out that while Europe has always had regional disparities in unemployment, economic well-being and income, it wants to change that with RAG.

The guidelines identify eligible areas for regional aid, with top priority assigned to areas where GDP per capita is up to 75% of the EU average and also to the bloc’s outermost regions.

Greece, according to the EC, can propose amendments to its regional aid map in order to apply for increasing maximum aid to areas of most concern.

Twelve Greek regions fall under the category of the most disadvantaged regions in the bloc and are eligible for regional aid with maximum intensity of 30% to 50% for large enterprises, depending on GDP per capita.

The EC reiterated that EU member states are required to send their proposed regional aid maps to it for approval and stressed the importance of providing support to the least developed regions in the bloc.