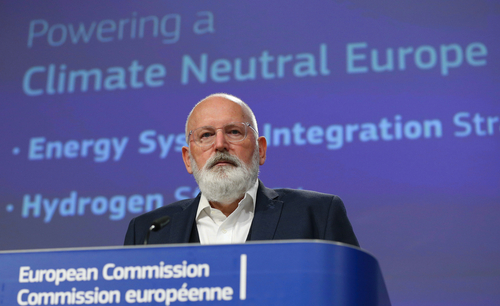 Margrethe Vestager, European Commissioner for Competition, pointed out that “IPCEI Hy2Tech is the first Important Project of Common European Interest in the hydrogen sector,” the EC noted in a statement on Friday.

Vestager stressed that the project is focused on development of new hydrogen technologies with the aim of lowering carbon emissions in industry and transport.

Vestager noted that hydrogen has potential to help the EU transition away from fossil fuels, stressing that the war in Ukraine highlighted the need to speed up the green transition.

She pointed out that the EU does not have an established hydrogen market, stressing that it would be too risky for member states to invest in hydrogen alone and adding that state aid can help to direct private investments towards hydrogen projects.

She noted that the rules open doors to innovation in sectors where the market would not deliver while protecting competition, adding that IPCEI Hy2Tech will help the EU to diversify energy supplies, move away from Russian energy imports and reach climate goals.

She added that, according to the Commission’s assessment, all 41 projects comply with requirements on innovation.

Vestager noted that claw-back mechanisms are in place and will be activated if projects generate more revenues than projected, in which case the companies in question will return part of the money received to the respective member states.

She concluded that expected investments under the IPCEI Hy2Tech stand at 14.2 billion euro and expressed hope that they will allow development of breakthrough technologies.