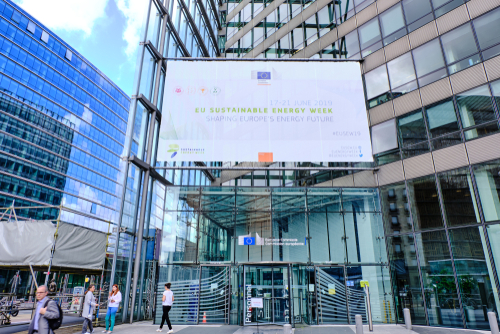 Brussels (Brussels Morning) The European Commission has announced aid projects for Afghanistan worth 268.3 million euro in support of education, public health and the livelihoods of the people there. The funds are to be channelled through the UN and its agencies in Afghanistan, according to an EC press statement.

Jutta Urpilainen, European Commissioner for International Partnerships, stressed that the projects reflect the EU’s key principle of “leaving no one behind” when it comes to “the EU’s engagement in the world.”

“I am pleased that we are addressing basic human needs and supporting livelihoods under the clear parameters set out by the Foreign Affairs Council”, she declared, noting that “the projects focus on health, nutrition, clean water, sanitation, and education, in particular for women and girls.”

The Commissioner said the EC had “reacted quickly to alleviate the suffering of the population and preserve a future for the Afghan people, especially women and youth.”

The project for providing meals in schools is worth 11 million euro and is intended to secure meals for pupils of both sexes in primary schools but solely for girls at the secondary school level.

The Commission noted that the project aimed at protecting livelihoods worth 15 million euro will help about 23,000 entrepreneurs, most of them women, by providing support to expand their businesses.

Projects worth 79 million euro are designed to help displaced people in Afghanistan, Pakistan, Iran and Central Asia, and will be implemented through UN agencies and the Norwegian Refugee Council.

The Commission noted that it has further plans to launch more projects to help displaced people in the region in the coming months.

The new projects are part of the one billion euro support package that the EC announced in October last year. The Commission is specifically focused on helping children and women.