East Med energy wealth is a mirage without regional cooperation 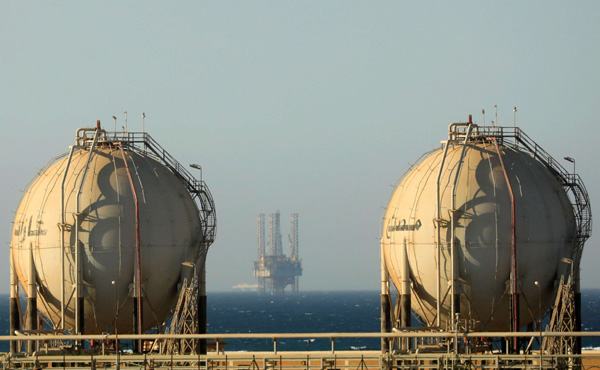 (Washington – Brussels Morning) The old cliché is that conflicts in the Middle East are all about oil and gas, less so in the Near East. However, the evolution of technology of deep-sea exploration has changed the dynamics of energy competition, even as the price of oil and gas is falling.

For several months now, the Eastern Mediterranean has been tormented by a geopolitical confrontation between Greece, Cyprus and Turkey in what could very well be the twilight of fossil fuel conflicts, as the world is moving away towards renewables. The exploration of oil and gas resources off the coast of Lebanon, Israel and Cyprus and, later on, across the Aegean Archipelago, raises the stakes of longstanding geopolitical competition.

The differences between these countries predate the discovery of oil and gas in the East Mediterranean seabed. This is not just about oil and gas, although energy plays a role.

To explore the relation between energy and conflict, Brussels Morning spoke to Edward Chow, senior associate in the Energy Security and Climate Change Program of the Center for Strategic and International Studies (CSIS) in Washington.

Chow has been an oil and gas energy insider for 40 years, 20 of which have been with Chevron. He has worked in Asia, the Middle East, Africa, South America, Europe, Russia, the Black Sea and the Caspian regions. He has negotiated multibillion-dollar oil and gas agreements and specialises in investments in emerging economies. He currently teaches at Georgetown University’s School of Foreign Service.

Ambassador Tedo Japaridze (TJ): You worked as Chevron’s VP. From your new position at the Center for Strategic and International Studies (CSIS), how do you view the state of play in the East Mediterranean? Do you see NATO and the EU playing an adequate mediating role?

Edward Chow (EC). The concluding statement of the European Council meeting on October 1-2 calls for “a Multilateral Conference on the Eastern Mediterranean…(that) could address issues on which multilateral solutions are needed, including maritime delimitation, security, energy, migration and economic cooperation.”

NATO Secretary General Jens Stoltenberg visited Ankara and Athens on October 5-6 to encourage the two member states to negotiate directly. One hopes for the reversal of the recent trend of an alarming display of force, not least through live-fire drills involving external {to the region} military forces that seek to assert overlapping territorial claims for exploring and developing gas resources offshore.

TJ. Is a standoff inevitable over oil and gas?

EC. It is time to examine some fundamental factors before the world launches into another conflict sparked by energy.

To me as a longtime international energy observer, the relevant factors are as follows:

The discovery of offshore gas is important to countries in the Eastern Mediterranean that long suffered from dependence on imported energy and energy poverty. However, these discoveries are not of a scale that will enhance energy supply significantly outside the region.

Gas discoveries are more economically challenging to develop than oil due to higher transport costs. New infrastructure requires creditworthy parties to commit financially to long-term gas purchases. Gas only flows some years after initial discoveries are made. This was true even for Israel in undisputed waters with clear incentive to reduce energy import vulnerability.

Exploration activities can operate from ships and other temporary facilities in conflict zones. Production platforms and other permanent infrastructure are entirely different and are much more exposed in the case of armed hostility.

The world is amply supplied with gas in the short to medium term. European gas prices are at cyclically low levels. There is uncertainty over future gas demand with the European Union’s Green Deal and commitment to net-zero carbon emissions by 2050.

Nevertheless, the petroleum industry’s role is to explore for oil and gas and to produce such resources profitably if it can. Companies that are tied to national interests will use politics to advance their commercial objectives. This includes having taxpayers or ratepayers subsidise infrastructure such as pipelines and gas liquefaction or regasification facilities that are not otherwise viable. It is up to governments to decide whether such expenditure of public funds advances the public good.

TJ. So, what you are saying is that natural gas exploration is unviable without regional cooperation.

EC. If one accepts the above assumptions, then it should be abundantly clear all along that regional cooperation is the best path to rational development of Eastern Mediterranean gas. With gas more than oil, a nearby market is always preferred over distant markets requiring expensive transportation.

In the rest of the Eastern Mediterranean, geopolitics stymied geoeconomics instead. The EastMed Gas Forum was formed this year by Egypt, Israel, the Palestinian Authority, Jordan, Greece, Cyprus and Italy with the encouragement of European and U.S. diplomats. France asked to join and US requested observer status.

Meanwhile Turkey, the largest gas importer in the region, is conspicuous by its absence. Is it any wonder that Turkey should reject its isolation and extend the zone of contention to Libya, which is far more important in energy security terms? The Forum itself will devolve into endless talks by politicians and diplomats who know little about multibillion-dollar energy investments. Their dream of an exorbitant offshore gas pipeline to Italy will meet the same ill fate as the similarly overambitious Nabucco pipeline a decade ago, which was also promoted by American and European governments.

TJ. So, what you are suggesting is that Turkey should be engaged as a potential market.

EC. In reality, the closest gas market is Turkey, which is also the logical landing spot if Eastern Mediterranean gas is ever to reach the European mainland. Obviously, many obstacles are in the way of a region-wide solution, which will not be concluded solely by legal arguments over maritime demarcation or by bullying major regional stakeholders. Direct political negotiation is paramount for safe and orderly gas development to succeed.

Unfortunately, the lack of regional cooperation is indicative of numerous regional issues left unattended for decades, such as the farcical process for Turkey to join the EU, as well as the EU accession by Cyprus without reconciling the island’s division, the drift of Turkey away from the Western Alliance, the migrant crisis and more. The prospect of gas development only exacerbates existing regional tensions and provides insufficient incentive for resolving them. Historically, energy tended to fuel regional conflict rather than to give cause for peace. We only have to look at hostilities in the South Caucasus today to understand the danger of constantly kicking the can of festering regional conflicts down the road. Only by working toward a peaceful resolution can a mirage be turned into an oasis.