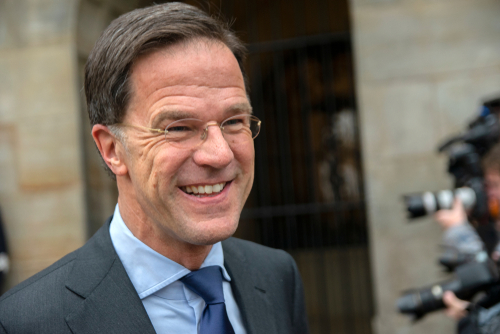 It is the same coalition that has ruled the Netherlands since 2017. However, a series of setbacks in this year’s negotiations meant that it took months just for the parties to agree on who could sit at the negotiating table.

Only in late October did the four parties provisionally agree to prolong their partnership, but even then the coalition deal was still far from ironed out, with Rutte acknowledging that “there is still a lot of work to do.” At that time, 226 days after the elections, it had already become the longest period without a post-election confirmed government in the country’s history. Coincidentally, the previous, 225-day record was also set in 2017 by Rutte and his current coalition partners.

Rutte abruptly ended his third term in office in January this year, when he and his entire cabinet offered their resignations in the wake of a social security scandal, which saw thousands of parents wrongfully accused of fraudulently claiming child allowance.

The new cabinet is thought likely to differ from Rutte’s current, caretaker government, albeit not by much. Current Health Minister Hugo de Jonge, hugely unpopular as the face of the country’s coronavirus response, is likely to be replaced. On the other hand, former Foreign Minister Sigrid Kaag, who resigned over the Netherlands’ failures in handling evacuations from Afghanistan, is considered likely to return to her post, given that her D66 party finished second in the March elections.