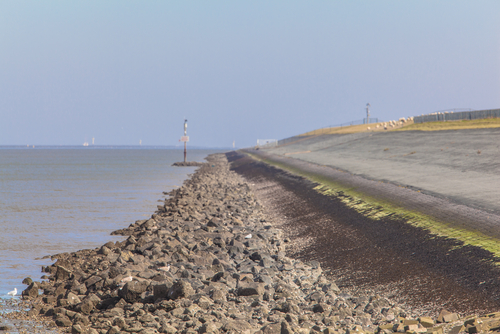 Rob Roos is a leading conservative voice in Brussels, articulating a narrative of trickle-down economics, an aversion to redistributive and cohesion policies, and hard environmental scepticism.

Brussels (Brussels Morning) The European Conservatives and Reformists group in the European Parliament is on the right of what one would call the Centre Right. The party is broadly Eurosceptic, being against the Euro, the green transition and increased political union. It is less well known what the group is actually in favour of. Brussels Morning talks to Rob Roos, a Dutch politician who does not shy away from controversy, and is unapologetically libertarian and Eurosceptic. We discuss with him what the ECR stands for, trying to examine the substance and coherence of these positions with respect, but also rigour.

Sarhan Basem (SB) I would like to start with your position on the environment. Given that much of the Netherlands is founded on reclaimed sea and there’s a literal struggle to keep the country afloat, is not your political scepticism over the energy transition somewhat suicidal?

Rob Roos (RR) I think that we as Dutch people have shown that a rising sea-level is not a problem. We live 6.5m below sea level. And we can adapt to this situation by making dikes. So if you look at the energy transition, it is a tremendous amount of money, and it is all based on predictions and models. And these models have already shown that they are not that progressive. If we look back and see the measured temperatures, they are lower than what was predicted. Even if these models are not able to predict the past. If we (apply) the data of the past, then they are not able to predict what’s really happening. So we are paying a tremendous amount of money on a prediction and we don’t know if it is going to work, because these are renewables. Biomass is also not a solution, to me. It is a scam.. It is worse than gas if you look at CO2 emissions, air pollution, etc, etc.

But also, it is destroying our nature, because we are burning complete forests at this moment. The same with wind turbines. This whole climate issue started for the saving of the Great Barrier Reef. And now we are going to install what the Commission wants; we want to install 60,000 to 100,000 wind turbines in the sea to save the great barrier reef. Can you imagine that? That’s ridiculous. What are we doing? It is also a lot of money. In the end, our cities will pay for it, because they are the ones that are the last in the road. And we see that already.

So, I am very in favour of phasing out our fossil fuel (use), but we have to do it in a realistic way. There is no climate emergency; it is a political statement, it is not a scientific-based issue. And if you want to phase out fossil fuel, then you have to include nuclear (power) like France did. In France, they only have 10% of the emissions that they have in Germany. And the electricity price and power is 50% lower than in Germany. So that is a solution, but they don’t want to include nuclear. So, we are not going to make it.

S.B. ECR is sceptical of Eurozone membership. Are you also against the European Commission borrowing to invest in specific infrastructure that will be necessary for the energy transition like, for example, public transport?

R.R. Well, I think there’s now a restriction going on short flights. I think that in no way can be a very good solution. I think it would be of added value for the European Union if we have high speed connections between all the capitals. But it has to be there (first). What the commission is doing now is that they want to cut down the short flights, but we don’t have any alternatives at this moment. And I believe in how the market is functioning; if we have a good alternative and for a good price, then people will do it by themselves. It doesn’t have to be an obligation. But there has to be high speed connections between our capitals. I think that would be very important for the future.

S.B. ECR is home to Poland’s Law and Justice Party, a strong defender of coal as a national source of electricity. Your party is against social transfer and cohesion funds. From your point of view, how do you propose Europe can fund the required infrastructure to meet the energy transition deadline?

R.R. Well, I am against the transition fund since Netherlands is a payer; we have to pay for everything. And even in the Netherlands, there are a lot of people who can’t pay the energy bill at this moment, and it is growing. I am a Dutch politician. And I am here to represent my country. And if I see that a lot of people in the Netherlands have problems paying the energy bill, then it is very difficult for me to explain to them that they also have to pay the energy bill for the people in other member states. And that’s what’s going on at this moment. So, of course they are away behind the Netherlands, and they have to come up to the same level. For me, there’s no emergency and there is no hurry. And Poland, for example, wants to step up to (our level). But they also think about nuclear power. I think that’s good. I think we can help them. The same with the south of Europe. The Netherlands is exporting welfare, but we are importing poverty at this moment, and this has to stop.

S.B. ECR believes in relatively low income and corporate tax levels. Do you accept that taxation needs to increase if Europe is to fund the research and development required to remain competitive in key sectors, ranging from manufacturing to energy production and telecommunications?

R.R. That’s a nice question. There are two things in it. I am very in favour of low taxes, that has been shown in the United States in Ronald Reagan as a good example of that. If you lower taxes, you boost investment, because people will spend more money, and companies will spend more money for research. I am very much in favour of innovation and stepping forward. As an entrepreneur, I was always busy with being a step ahead of our competitors. So investment is very good, very good, but we don’t need higher taxes to pay for it, because all of these higher taxes will go to more officials, more regulations, more of this and more of that. And it is only increasing bureaucracy.