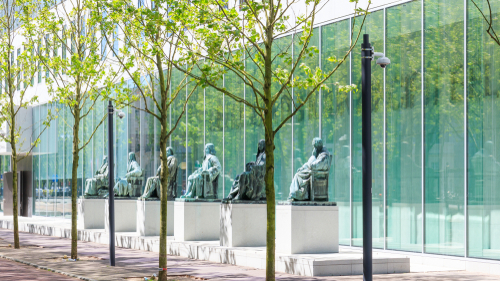 Brussels (Brussels Morning) The Dutch Supreme Court has upheld a verdict against far-right politician Geert Wilders, who had been found guilty of collectively insulting Moroccans during a 2014 campaign rally.

Originally convicted in 2016, Wilders claimed to have been a victim of a “politically-motivated witch hunt”, and demanded a retrial, even though the verdict came without a fine or a jail sentence.

During his 2014 rally, Wilders asked his supporters whether they wanted fewer Moroccans in the Netherlands, promising to “take care of that” after the crowd responded affirmatively. He was subsequently found guilty, although an additional conviction for inciting hatred was overturned last year in an appeals court.

On Tuesday, the Supreme Court upheld both the verdict for insulting Moroccans, as well as the acquittal for inciting hatred. Responding to the ruling, Wilders said “they want to shut me up, but I will never be silent”/ He did not specify who “they” were.

Wilders was similarly unapologetic after his 2016 verdict, continuing to call Moroccans “scum” at his rallies. More recently, he has noted “not all are scum” while persisting in claiming “there is a lot of Moroccan scum in Holland”.

Tuesday’s verdict made clear that rally speeches are not covered by freedom of expression, and noted that politicians must abide by the basic principles of the rule of law, and avoid inciting intolerance with their words. Supreme Court judge Vincent Van den Brink concluded that Wilders had offended an entire group of people simply on the basis of their origin.

The controversial right-wing politician has faded somewhat in the polls since his popularity peaked just ahead of the 2017 parliamentary elections when he was topping the ratings. His Party for Freedom (PVV) finished second in the elections with 13% of the vote back then, whereas it now hovers around 10%.