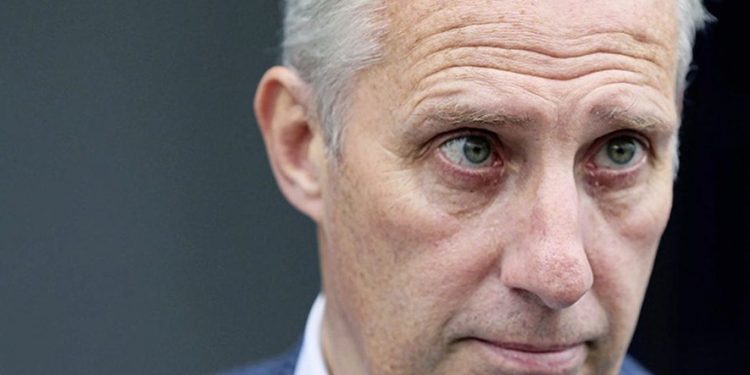 Northern Ireland‘s North Antrim MP Ian Paisley has received a £1,300 (around €1,414) fine from the Electoral Commission for accepting money from two councils to attend a fundraiser.

Mid and East Antrim and Causeway Coast and Glens councils paid £1,5000 (around €1630) each for a table at the dinner in Ballymena in September 2017.

According to the Political Parties Elections and Referendums Act 2000, councils are not permitted to donate to political parties.

The DUP said the event was not party related and organised by Paisley as a constituent MP.

“Mr Paisley cooperated fully with the investigation and, while acting in good faith, he accepts the outcome of the report,” said a DUP spokesperson.

The Electoral Commission, the body that regulates political parties in the UK, ruled the dinner constituted a fundraiser, and that councils were not viable donors. It said it imposed the fine for failing to return the donations within 30 days of receiving the money. The penalty has to be paid by 8 October 2020.

Paisley reportedly agreed to repay the money received as well as the additional fine.

It follows a previous reprimand in 2018, when he was suspended for one month for accepting and failing to declare two family holidays to Sri Lanka, paid for by the Sri Lankan government, and found to have “breached the rule against paid advocacy”, according to a Westminster standards committee.

Paisley also resigned as a junior minister in 2008, following criticism over his links to a developer. Despite an ombudsman finding no assembly rules were broken, he stepped down.

Sinn Féin’s Philip McGuigan, an assembly member for North Antrim, said, “I called on the Electoral Commission to conduct an investigation into the matter at the time and welcome that has now been concluded.

“Local councils should represent everyone. It is equally unacceptable that the DUP consciously or otherwise failed to declare this donation”.