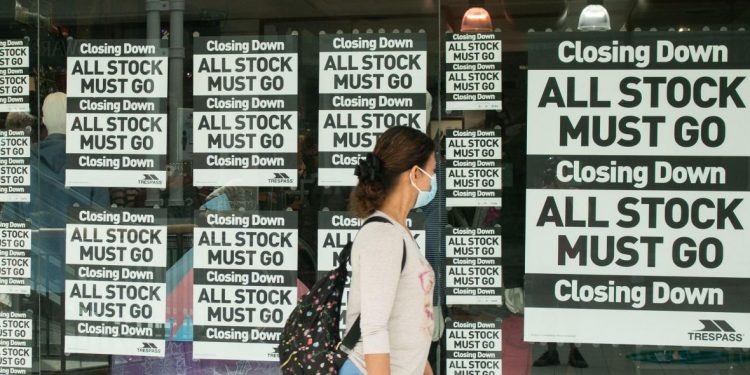 The London-based information provider compiles monthly data on the back of surveys conducted across 40 industries.

The Purchasing Managers’ Index (PMI) declined to its lowest level since June, to 51.4 from 56.1 the month before. A 50.0 value indicates zero growth.

“October data indicates that the UK service sector was close to stalling even before the announcement of lockdown 2 in England”, said Tim Moore, IHS Markit economist.

“The UK economy seems on course for a double-dip recession this winter and a far more challenging path to recovery in 2021”, he continued.

Britain’s economy has contracted since the onset of the pandemic, with government-imposed restrictions initially shuttering most of the country’s stores and recreational services.

Gross domestic product fell 20 percent between April and June, the largest drop of any advanced economy.

Some growth was seen in the third quarter as restrictions eased and the government launched its Eat Out to Help Out scheme — a dining initiative to involving a 50 percent subsidy on restaurant meals to encourage spending.

A second wave of increasing COVID-19 cases prompted harsher measures on an area by area basis last month, affecting businesses in the north of England.

Wales, Scotland and Northern Ireland have already imposed a full lockdown and England will join them tomorrow for four weeks until 2 December.

Some economists say output in November is due to fall by up to 10 percent with an overall decrease of 3 percent in 2020’s final quarter.

The Bank of England, the country’s federal bank, will also start its quantitive easing programme, buying government bonds to inject money into the economy. For now, it will avoid setting negative interest rates, an idea mooted by a monetary policy committee.