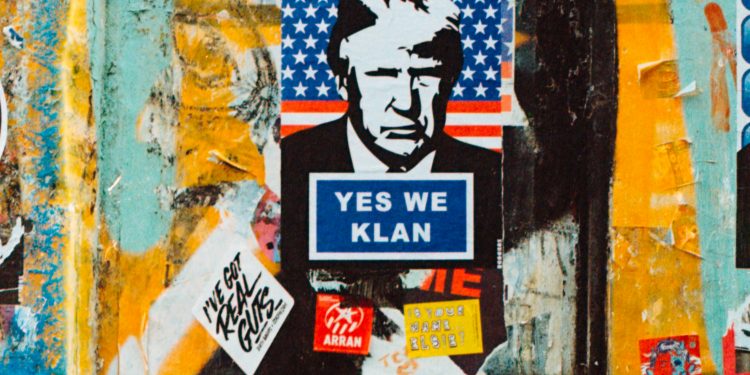 New York (Brussels Morning) A few weeks before my 11th birthday I picked up my local newspaper and learned that 400 people from my city had been killed thousands of miles away in a country whose name I previously had not known.

In the hours and days that followed more of the story became clear. That first headline had undercounted the deaths by more than half as ultimately more than 900 people would perish in that massacre. We learned that a local preacher who, it turned out, had been become a cruel cult leader, had led his flock to South America a few years earlier and in 1977 had left San Francisco and headed to the commune members of his cult had been building in the Guyanese jungle. As outsiders began to learn of the preacher was really doing, he became increasingly unhinged and dangerous and ultimately perpetrated a horrific crime.

Quickly the world learned of Jim Jones and the mass murder, often described wrongly as mass suicide, he committed in 1978 when he forced his followers at gunpoint to drink cyanide laced punch.

Those events have even entered our language through the colloquial phrase “drinking the Kool-Aid,” to describe somebody who very fervently believes something or somebody. This misleading phrase suggests the people in Jonestown willingly drank the poison, whichi is not true,-and also gets the facts wrong as the drink mixed with the poison was not Kool-Aid, but a competing brand called Flavor-Aid.

The tale of Jim Jones and his Peoples Temple, tragically, is relevant again and not because of some small cult in a jungle hideout, but because of the actions of the American president.

Throughout the Covid pandemic, Donald Trump has urged his cult like followers to act recklessly and to follow his guidance rather than broadly recommended health practices, such as wearing masks and physical distancing. This has contributed to the US badly failing to contain the virus and to the toll of the pandemic being particularly high in many conservative areas.

One data point the damage that Trump has done this is that South Dakota, a solidly Republican state with a population of about 850,000 where Donald Trump won almost twice as many votes as Hillary Clinton in 2016 has had more than 27,000 Covid cases and, at this writing, 277 deaths. On the other hand, San Francisco, the favorite target of conservatives, where Jim Jones Peoples Temple was headquartered during much of the 1970s, has a population of slightly more than 900,000 and was won by a margin of nine to one by Hillary Clinton in 2016.

That city has had about 11,000 Covid cases and fewer than 125 deaths, despite having had the disease before South Dakota, being much more densely populated and more reliant on public transportation. Needless to say, Trump cult is much stronger in South Dakota than in San Francisco.

The comparison between San Francisco and South Dakota is only one example, but in general, after the terrible spring in New York, the virus has been spreading much more quickly in parts of the country where Trump has more support.

Texas has already seen more Covid deaths than California, the state with the largest population; and Florida will soon exceed California as well. Both Texas and Florida are led by pro-Trump conservatives; California’s governor and legislature is solidy Democratic. It is becoming evident that, with regards to governance, allegiance to the Trump cult is a dangerous preexisting condition.

Cult is a strong word, but it is a useful one for understanding Trump’s continued support. This goes way beyond politics or ideology. Conservatives like Trump because of the low taxes, conservative judicial appointments and racism. Trump is hardly the first Republican to win an election while taking those positions. However, his appeal is much deeper than that and reflects not only a strong political affinity, but a deep loyalty and a willingness to believe almost anything Trump says, while blocking out the larger, and rather obvious, truths about the man.

There are more than a few Americans, allegedly Christians, who think Donald Trump is some kind of divine messenger. Millions more are able to look at this unhealthy, obese, vain and physically awkward man who is clearly wresting with diminishing mental capacity, as some kind of Nietzschean ubermensch. These views are held by about third of the American people, whose unwillingness to accept reality about Trump being an out of shape, serial sexual predator, failed businessman and heir who squandered much of his father’s money led, for the first three years of the Trump presidency, to a cult like dynamic that threatened American democracy.

Over the course of the pandemic, the cult changed into a death cult where allegiance to the leader is constantly demonstrated by risking one’s life and cavalierly putting others at risk. For cult members, wearing a mask might save lives, but accepting that would be an implicit recognition of their leader’s fallibility. The cult has become even more deadly since Trump himself contracted the virus sometime in late September.

Since that time, the contempt with which Donald Trump views his cult followers has become evident as we have learned that he knowingly attended events, including a fundraiser in New Jersey, after testing positive. Despite that, the loyalty of the Trump cult only seemed to grow as in the days following, Trump boasted of a miraculous recovery, suggesting it due to some form of divine intervention and on Saturday held yet another potential superspreader event at the White House.

This is the conduct we might see not only from a demented cult leader, but also from a third rate dictator in a minor country, but sadly, due to the mysterious and enduring power of the Trump cult, Donald Trump remains president of the United States. It is probably impossible to tally all of the Covid deaths in the US stemming from Trump rallies, superspreader events at the White House and the millions of cult members who spread the disease by following Trump rather than the health guidelines, but that number is undoubtedly far greater that the 900 who perished on Guyana in November of 1978.

For four decades now, Jim Jones has been considered the gold standard for murderous cult leaders who by strength of personality, perverse psychological ploys, violence and threats, was able to lure people into his cult, to Guyana and ultimately into his murderous plans. Tragically, it is now apparent that compared to the current occupant of the White House, Jim Jones was a piker.