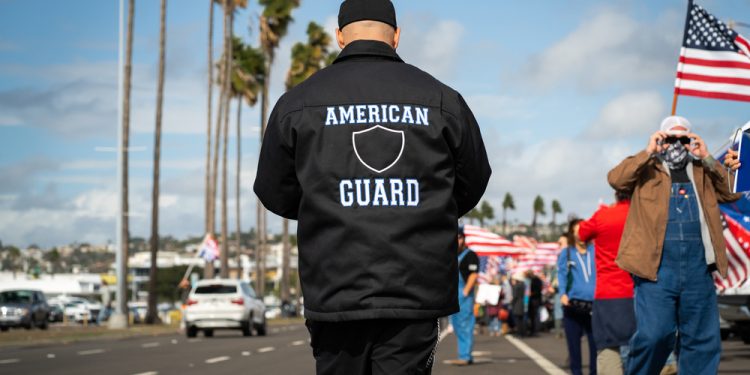 New York (Brussels Morning) As Donald Trump’s term in office winds down, speculation is increasing about how he will spend his post-presidency. It is likely that he will have to spend some of his time mired in legal hassles, but that will not be all he is doing.

Moreover, Trump is not of the disposition to write his memoirs, become involved in philanthropy or humanitarian projects, take up hobbies like painting or position himself as an elder statesman of his party as other former presidents have done.

One reason Trump will not follow in the footsteps of other former presidents is that after leaving the White House Trump will need to continue to get the attention that is like psychological oxygen for him. There is already talk of him seeking to remain the center of America’s attention by starting a television station or even running for president in 2024.

A recent, and way too early, poll showed that he would be the frontrunner among possible 2024 Republican candidates. Trump would probably be very happy spending the next two years Tweeting criticisms of President Biden, holding rallies, keeping his media presence and gearing up for the 2024 campaign. However, that is not going to be as easy as it looks. It is more likely that, like every former president, Trump will struggle to remain relevant in the eyes of America.

The reason we care about every Trump Tweet, outrageous statement, rally and opinion is because whatever the president says and does is news. The vituperations of a former president are not. Six months from now the most media will not need to cover every Trump Tweet, can ignore his press conferences and rallies and won’t care about his opinions.

This alone will not push Trump to the periphery of relevance and public life because as long as he has a huge group of followers and supporters, we will have to keep paying some attention to him. It is this latter point that many just assume will be true, but where Trump will struggle.

Trump gets attention for getting attention, so a decline in attention could lead to a downward cycle in his popularity. In other words, he will still Tweet and try to speak to the press, but if those Tweets and remarks are not covered, Trump will get less attention leading people to think he is no longer so relevant and therefore begin to pay him less attention.

Trump TV, a television station that Trump could control, would be one way to try to ensure that America cannot ignore him. This might be an excellent idea, but it won’t happen.

Creating a television station requires a time, resources and focus, but Trump is not capable of the kind of sustained work and concentration necessary to do this. He will also struggle to find financial backers for this endeavor.

Americans who felt they had to pay attention to Trump because he was president will now have to pay attention to the Biden White House. Biden will not use social media the way Trump did, but his Tweets and media appearances will be news just Trump’s were during most of his presidency.

Moreover, the Biden White House will probably have the sense not to engage with Trump. Nothing would please Trump more than a series of high profile Twitter fights with Biden or others in the White House. That is not going to happen because Biden and the people around him understand those fights would only elevate Trump.

The reasons why a new Democratic president will want to minimize Trump are obvious. The reason why powerful Republicans will want to do that may be less immediately apparent, but are almost as strong. It is true that Trump still has enormous influence with his supporters who constitute a huge block within the Republican Party.

This explains why few prominent Republicans will want to clash with Trump in the coming months, but these same people cannot afford to have Trump remain the country’s most visible Republican after leaving office. There are about a dozen Republicans who are beginning to plan their 2024 campaign-and all of them will have a much more difficult time becoming the nominee if Trump runs.

It will also become apparent, to all but the most deluded members of the Trump cult, that a 78 years old Trump who has been out of office for four years and whose mental capacity has deteriorated even further, would not represent the best hope for the GOP to recapture the White House in 2024.

A related point is that while it is true that Trump’s base is a formidable force within the Republican Party that no ambitious Republican can afford to alienate, after Trump leaves office and begins to fade from our minds, even slightly at first, his base will begin to diminish in size as well.

Trump will undoubtedly keep a strong grip on some segment of the electorate, but that group become smaller as Trump struggles to get in the media and other issues, and people, become more important. If Trump’s base is 30% of the electorate and 60% or more of the GOP, he will remain central to our politics, but if, as is very likely, those numbers shrink even to 20% and 40%, Trump’s relevance will be precipitously reduced.

None of this is meant to suggest Donald Trump will simply disappear. He will not. Rather, he will do everything in his power to remain the focus of America’s attention, but that is a daunting task for a defeated president whose own party has very limited use for him.

A few months from now, Trump may be an odd sideshow, occasionally appearing in the media to spread disinformation and indulge his megalomania, while trying to stay one step ahead of the law and creditors. This will be a familiar role for Trump as it was the one he played for decades before running for president