by Angelos Kaskanis
in Diplomacy, Features 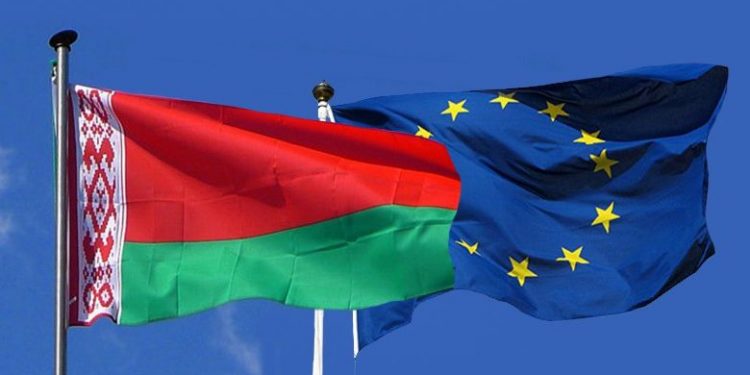 Last month’s elections in Belarus delivered a decisive victory of around 80% for President Lukashenko. Although EU leaders do not recognise the election result, they did not ask for a new round of elections under international supervision.

The European Council stated that the outcome was unacceptable, a reaction noting that the elections were neither free nor fair. It did condemn the subsequent violence against the protesters. Unfortunately, the EU’s rejection of the result does not change things with regard to the authoritarian regime, nor does it improve the situation in the country.

Civil society in Belarus has witnessed far-reaching restrictions of citizen civil rights. As opposition politicians are forced to flee the country, non-governmental organisations are closing one after the other and independent journalists are ending up in jail or have been forcibly disappear.

President Lukashenko has made it clear that the country will not allow foreign intervention of any kind. Moreover, he stated that the European Union has no political power to issue any dictum to Belarus since the country is not answerable to the EU.

But in which zone of influence is Belarus? The European Council stated that those responsible must be held to account and now attempts to adopt sanctions against the country’s leadership.

However, Russia does not appreciate the EU stance on the issue, attributing its perceived threat of ”serious destabilisation” to outside interference in Belarus affairs while pointing the finger at the West. True, Russia sees the Western democracies as obsessed with the former Soviet countries, but the EU has so far offered Belarus opposition politicians little more than a sanctuary in the Baltic states.

According to some analysts, Belarus may be under severe financial constraints, with dwindling foreign currency reserves that cover less than two months of the country’s imports.

Normally, a country’s foreign currency reserves should be double the current reserves in Belarus. Long-required structural reforms have not been implemented in the country. Yet, given Russia’s interest in the continuation of the Lukashenko regime, it is assumed that President Putin will provide guarantees for the neighbouring country’s economy and strengthen cooperation, possibly even merging state-owned businesses.

The Lukashenko government still holds strong and the president still retains the support of the security forces and the country’s intelligence agencies.

After 26 years in power, Lukashenko’s real fear is widespread civil unrest. The regime’s political opponents intend to launch legal action against the country’s security forces for the brutal treatment of protesters. At least two protesters are reported as having been killed. Some 7,000 were arrested and detained.

The Belarusian army has been ordered to move from the Russian border to the border with Poland. There are fears that that paramilitary units might try to reach the capital or the periphery of Minsk, which, from the regime’s perspective, would be worse as they might  attempt to organise protests that could become impossible for the authorities to control. It is quite possible that Lukashenko has prompted Russia’s President Putin to intervene, but Moscow is unlikely to risk the international outcry that would follow.

Alternatively, Russia might provide logistical support, share gathered intelligence and send advisers to assist the authoritarian regime. In any event, Russian troops remain on stand-by in the region to aid Lukashenko’s purge of political opponents. This plan hinges on the detention or forced exile of opposition leaders, among them Maria Kolesnikova, who led the protests.

Soon after the attack on her, two other members of the opposition, Anton Rodnenkov and Ivan Kravtsov, disappeared mysteriously, but the list does not seem to end there since there are reports that lawyer and Belarusian opposition coordinator Maxim Znak was detained two days after Kolesnikova, who was snatched in the street by masked men.

The EU will have to vote on sanctions against President Lukashenko’s government. The list of high-level officials to be sanctioned includes more than 30 people. However, the question is how seriously Minsk will take these actions, as the official Belarus stance is that any external political intervention is aimed at starting a civil war in the country.

The EU states that the people of Belarus have a right to determine their own future and that the violence must stop in favour of an inclusive dialogue. As time goes by, there is less and less room for maneuver, which begs the question whether any of the opposition leaders trust the regime enough to return and participate in a dialogue or new elections.

It seems that Lukashenko will continue to force his way, that he will try to win the hearts of or instill fear in the minds of the majority of the Belarussians and propose some reforms. There may be scope for a reform of the judicial system, and perhaps the financial system, but there would not be freedom of speech.

The leaders of Belarus must reflect the will of the people. Time is the vital factor during political crises and September may well determine the future of what has been dubbed the last dictatorship in Europe. The optimistic scenario is that President Lukashenko will be forced to announce a successor or even a re-run of the elections, allowing for the opposition to return and participate.