by Charlotte Slente
in Opinion 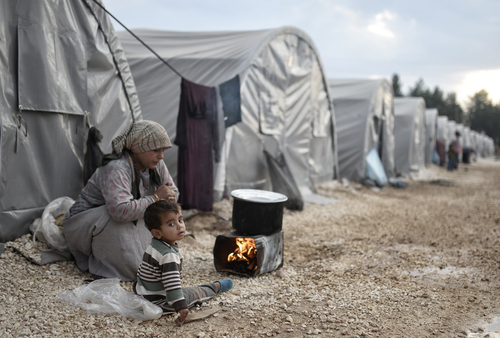 Belgium (Brussels Morning Newspaper) In March 2021, the civil war in Syria marked a sad ten-year anniversary. But despite the ongoing conflict and clear evidence of the dangers facing refugees who return, the Danish authorities have decided that the general security conditions in Damascus and the greater Damascus area have improved sufficiently that Syrian refugees in Denmark should return.

The absence of fighting in some areas of Syria does not mean that people can safely go back. Numerous reports outline the present risks of arbitrary detention and severe human rights abuse on the civilian population. We call on the Danish authorities to change their assessment, especially in light of the recent report from UNHCR, which once again clearly outlines the dangers faced by refugees who return and calls on all states not to forcibly return Syrian nationals to any areas of Syria.

We also question the logic of such a decision when it can’t be practically implemented. Under Danish law, it is not possible for the Danish authorities to forcibly send Syrians back due to the lack of diplomatic relations between the authorities of Denmark and Syria. Instead, people in Denmark who have their residence permits revoked or their applications for asylum rejected are left in limbo at departure centers – potentially indefinitely – as a means to incentivize them to go back to Syria despite the insecure conditions.

We do not think this policy represents a dignified treatment of any people, let alone people in need who have fled the horrors of war. And as long as the situation in Syria is not conducive for returns – as is the accepted view of the EU, UN, and numerous humanitarian and human rights organisations – we see it as completely pointless to remove people from the life they are trying to build in Denmark and force them into a state of endless uncertainty after fleeing conflict in their homeland. Instead, the Danish authorities should allow Syrian refugees to keep their residence permits and resume their lives in Denmark as long as the situation in Syria is not safe for them to return.

Externalizing the asylum procedure is irresponsible and lacks solidarity

The Danish parliament has passed a bill, opening the possibility to transfer asylum seekers and refugees to a third country – and hence externalize the Danish asylum procedure. The Danish Refugee Council find this idea irresponsible and lacking in solidarity.

“The idea to externalize the responsibility of processing asylum seekers’ asylum claims is both irresponsible and lacking in solidarity. We have repeatedly called on the Danish Members of Parliament to reject this bill. Similar models, such as the Australian model or the so-called ‘hotspots’ on the Greek islands, have involved serious incidents of detention, physical assault, slow asylum proceedings, lack of access to health care, and lack of access to legal assistance.

It is also still very unclear how a possible reception center in a third country would be administered, in light of including Denmark’s legal responsibility for safeguarding the rights of asylum seekers and refugees and ensuring their protection. It has also been one of our main concerns regarding the bill, which has now unfortunately been passed without adequate consideration. The fact is that the parliament has voted on a bill that paves the way for a potential asylum processing model that does not yet exist and which they, therefore, do not know what actually entails. This means that the parliament has effectively voted in the blind.

At the same time, with the passing of this bill, Denmark is sending an extremely problematic signal against solidarity with our neighboring countries in the EU and especially to the often poorer countries in the world, which take by far the greatest responsibility for the world’s refugees. The continued willingness of neighboring countries in areas plagues by war or conflict to host millions of refugees is not something to take for granted. If a rich country such as Denmark is not willing to take responsibility, there is a significant risk that countries hosting far larger number of refugees will also opt-out and give up on global efforts to find joint and sustainable solutions.

Finally, by pursuing this idea, Denmark does nothing to address the growing global need for protection. This bill primarily seeks to prevent asylum seekers from applying to Denmark – a move that is neither an act of solidarity nor a productive contribution to durable solutions.”