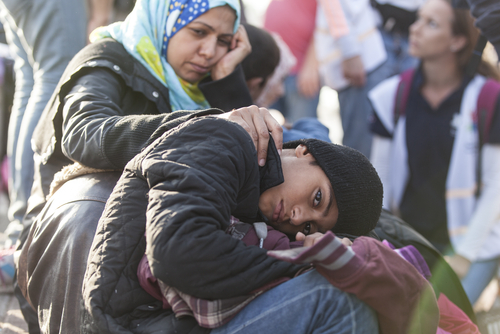 European Commissioner for Home Affairs Ylva Johansson expressed concern on Tuesday over the Danish approach, which stems from the government’s decision in 2020 to review residency permits for asylum seekers from Syria.

Last week, hundreds of demonstrators marched to the Danish parliament, protesting that Syria is still not safe and objecting to the government’s move.

Minister says it was always the plan

Yesterday, Denmark’s Minister for Immigration and Integration Mattias Tesfaye said that “Denmark has been open and honest from day one.”

“We have made it clear to the Syrian refugees that their residence permit is temporary and that the permit can be revoked if the need for protection ceases to exist”, he pointed out.

In 2019, Denmark started offering asylum seekers from Syria close to 30,000 US dollars to return to Syria. Since the offer was made, more than 250 Syrians have voluntarily returned.

According to the Danish Immigration Service, the authorities have revoked the residency permits of at least 200 Syrians from the Damascus region from the more than 600 permits reviewed so far.

Commissioner Johansson said the Danish government had assured her there would be no forced deportations. She added that work and study permits of people who cannot be sent back should not be revoked.

Tesfaye pointed out “when the conditions in their home country have improved, former refugees should return to the home country and re-establish their life there”.

In a letter sent to  Prime Minister Mette Frederiksen on Friday, 33 MEPs took note that Denmark wants to “expel Syrian refugees” and urged her to reverse Denmark’s asylum policy.

Besides Denmark, Sweden and the UK have concluded that the situation in the Damascus region has improved.

However, the EC and the EP have issued statements saying conditions in Syria have not improved enough for the voluntary and safe return of refugees.