Denmark, Finland rated the least corrupt in the EU 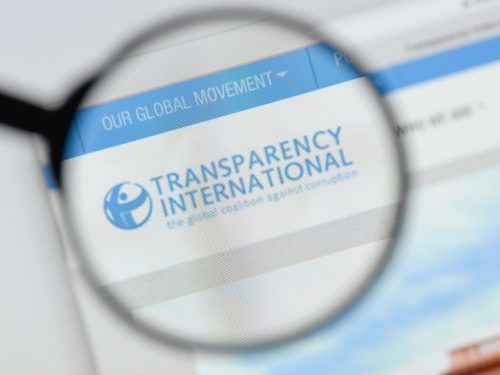 Belgium, (Brussels Morning Newspaper) Denmark, and Finland are perceived as the least corrupt member countries in the EU according to the Transparency International (TI) latest annual Corruption Perception Index.

The two EU member states and New Zealand scored 88 out of 100, topping the TI list, while Somalia, Sudan, and Syria ranked the lowest, DW reports.

TI pointed out that the actual score is the more relevant indicator, insofar as rank can fluctuate depending on the number of countries observed.

Other EU member states that made the top ten include Sweden, the Netherlands, Luxembourg, and Germany, with scores of 85, 82, 81, and 80, respectively.

Of the top 25 countries, 16 are Western democracies, with high scores indicating a low perception of corruption in the public sector and a successful fight against abuse of power, theft of public resources, and bribery.

Hartmut Bäumer, Transparency Deutschland head, noted that Germany has not made progress compared to last year’s report and warned that “there are still massive deficits in all aspects of society.”

Last year, TI’s German chapter cited the case of two MPs who resigned after they used their connections to earn some two million euros in a public face mask procurement deal.

They were found not guilty in November when the courts concluded that their actions had not met the legal standard for corruption.

The organisation criticised the public sector for lacking clear rules on corporate criminal liability, a culture of secrecy, and the absence of adequate protection for whistleblowers.

Germany’s Ministry of Justice maintained that it has improved laws on corruption in recent years, partly due to pressure from Transparency Deutschland. The country’s new coalition government has pledged to crackdown on corruption and improve transparency.

Ministry spokesperson Rabea Bönnighausen noted that “the coalition agreement pledges to more effectively develop the criminal offence of bribery and corruption of elected officials” and how the coalition would “discuss how we implement this agreement.”