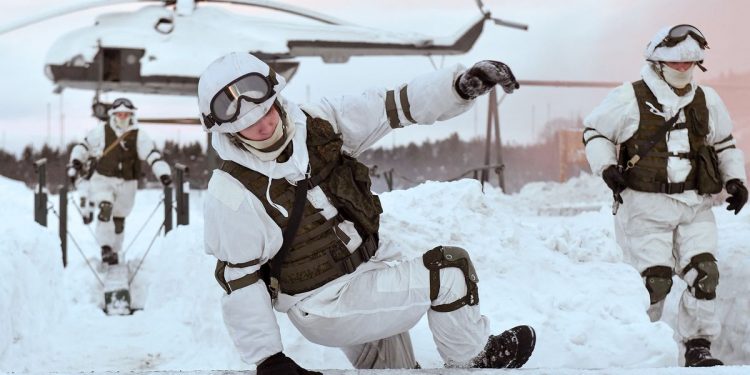 Brussels (Brussels Morning) Denmark has warned that China, Russia, and Iran represent growing espionage threats based on the Danish Security and Intelligence Service (PET) recordings of numerous spying attempts, some in the Arctic, Reuters reported on Thursday.

PET head Anders Henriksen noted in a report that “the threat from foreign intelligence activities against Denmark, Greenland and the Faroe Islands has increased in recent years.” He said that Denmark’s active global role makes it a tempting target for spying.

Greenland and the Faroe Islands are autonomous territories of the Kingdom of Denmark and members of the Arctic Council, with Copenhagen handling most of their security and foreign affairs.

The PET report cited a 2019 incident of a forged letter purportedly from Greenland’s Minister of Foreign Affairs to a US senator.

“It is highly likely that the letter was fabricated and shared on the Internet by Russian influence agents, who wanted to create confusion and a possible conflict between Denmark, the USA and Greenland”, the report states.

Russia’s Ambassador to Denmark, Vladimir Barbin, rejected the accusations, while also citing the fact that the US reportedly cooperated with Denmark when spying on ranking officials of neighboring countries, including Angela Merkel, the former Chancellor of Germany.

Barbin stressed that the accusation against Russia “should be solely considered as an operation to cover up the scandal with the Danish authorities having provided the US National Security Agency with access to communication cables that run through Danish territory.”

The report emphasised how the geopolitical importance of the Arctic had increased in recent years as global powers are vying for strategic areas, sea lanes, and natural resources.

It warned that foreign intelligence agencies, including those of Russia, China, and Iran, are trying to contact researchers, students, and companies to get information on Denmark’s research and technology.

In November, a Chinese professor employed at the University of Copenhagen was found to have cooperated with the Chinese military on genetic research without disclosing the matter. The report reiterated that Denmark remains an attractive target for espionage activity given its active role on the international stage as well as the high degree of openness within its society and levels of technological knowledge.