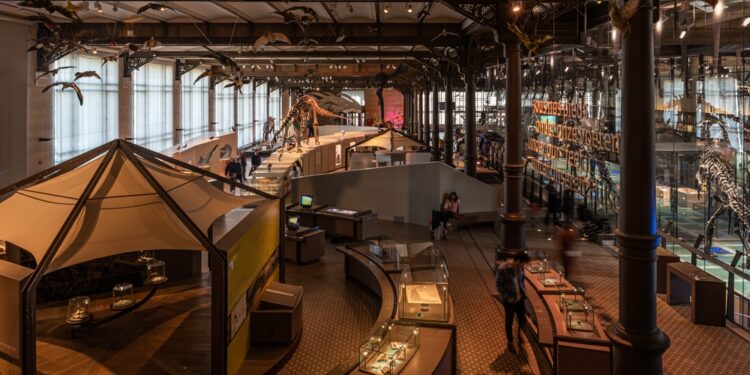 Brussels, (Brussels Morning) – The Buildings Agency recently discovered an asbestos problem in the ventilation system of the Royal Belgian Institute of Natural Sciences (RBINS). The affected buildings are in danger of having to be completely demolished. The results of the feasibility study will determine whether the buildings can remain standing. In the meantime, the museum will remain open.

Some of the buildings of the Royal Institute of Natural Sciences (RBINS) could be demolished. An asbestos problem was discovered in the ventilation system, a substance that is carcinogenic. This only concerns the buildings in which the offices, laboratories and storage areas are located, reported BRUZZ. There is total destruction of the affected buildings.

According to the institute, the costs of the works are easy to calculate. Demolition of the buildings in question is cheaper than any renovation works. A feasibility study will be launched shortly to determine whether a complete destruction of the buildings is necessary. “It is currently too early to make a statement about the future of the building, we are waiting for the results of the study to make a decision,” says Sarra Blaeich of the Buildings Agency at RTBF.

In 2017, the RBINS decided to renovate its administrative buildings, for which the ventilation was switched off. After the corona crisis, employees were able to sit in the office more often, for the occasion the RBINS had their ventilation system checked by the Buildings Agency. The problem has already been discovered.

The ventilation openings are closed and the air in the affected areas is checked regularly, so that employees can come to work in complete safety.

The museum will remain open to visitors. The ventilation system in which asbestos was found is separate from the public areas, Johan Van Impe, press officer at the Institute, told BRUZZ. “Since 2004, we have had the museum renovated regularly, so that these spaces comply with the legislation on asbestos and other hazardous materials,” adds Van Impe.

The stages, entertainment areas, documentation centre, the Dino Café and the picnic areas are spared. Nothing will change for visitors, individually or (school) groups, the RBINS communicated in a press release of 23 March.

Although the situation is currently stable, sooner or later works in the building will be necessary. Should complete destruction be unavoidable, another problem looms for the Institute. Because the storage areas are also affected, the collection of approximately 38 million copies has to be moved. Many of the specimens are kept in alcohol, which is very difficult to move.