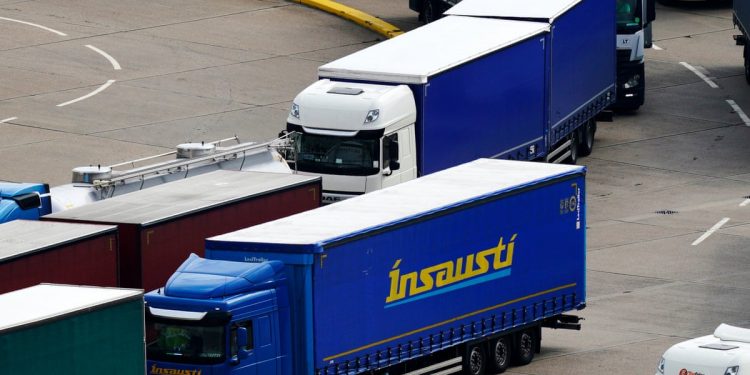 A delay on the release of government funds has meant that vital infrastructure work at a UK port had not commenced, “cutting it fine” for a looming Brexit deadline, a committee heard Tuesday.

Tim Reardon, head of the EU exit at Dover’s port in the English county of Kent, told the Treasury select committee that a government funding scheme would open this month.

“Clearly that’s cutting it quite tight for stuff to be actually delivered and in place, when significant civil works are involved, by early next year”, he said, iterating the money had to be “issued rather than talked about”.

A recently leaked document also revealed the government was expecting queues of around 7,000 vehicles leading up to the port after the transition period ends on 31 December.

One idea has been to create a passport for the county – Kent access permit (KAP) – for drivers who had completed paperwork in advance for onward travel over the channel in order to combat the issue.

It raised concerns that a Brexit border might emerge in England itself.

“Who’s going to be patrolling the Kent borders to make sure that no lorry goes into Kent if it hasn’t got that passport?” asked Labour MP Angela Eagle,

“Where are the border posts for going into Kent going to be?”

More details on KAP are expected next week when Her Majesty’s Revenue and Customs issues the second border operating model.

As Britain nears its final exit date when it will lose access to the single market and customs union, and with it freedom of movement, negotiations are still in play with a contentious internal market bill passing through parliament while bearing on trade negotiations yet concluded.

There is also still a question mark over how goods traveling between Northern Ireland and England are to be treated and if they will be subject to checks.