Debate # 1: Is taxation about wealth-creation or redistribution?

by BrusselsMorning
in EU Institutions 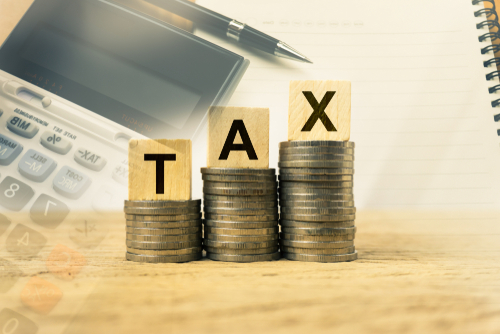 The first in a series of Brussels Morning debates, two MEPs from the Czech Republic debate the purpose of taxation.

Brussels (Brussels Morning) While the European Commission has named and shamed EU member states for facilitating tax avoidance, taxation policies are made at the national level and the European Council is the body with whom members can consensus over taxation policy. Currently, that consensus does not exist.

There are different ways in dealing with this challenge.

French President Emmanuel Macron is calling for a harmonised corporate taxation rate vis-à-vis digital giants like Google, Apple and Facebook. Such a policy, if adopted, could hurt the economic model of member states competing on the basis of “business-friendly” taxation regimes. A case in point: one of Macron’s predecessors, President Sarkozy, introduced an “exit tax” to avoid the relocation of luxury behemoth LVMH.

The debate boils down to a simple question. Should taxation be seen as an element of competition – “wealth creation” – or is taxation first and foremost a political decision governing redistribution?

Luděk Niedermayer. Tax competition is positive for the single market because it promotes economic competitiveness.

In modern society, there is huge demand for public services. Without functional free education, availability of healthcare and social services we could hardly imagine how modern and stable society would function.

The cost of services, including traditional ones (army, police, legal system) is financed by taxes collected from taxpayers. If taxes are high they do not just substantially reduce ‘reward for activity’ but also undermines the development of the economy (reducing incentives or even capital to invest).

Without competition between tax systems, there would be no incentives to find a balance in setting up the level of taxation (tax quota) and public expenditures, or good structure of taxes (less harming economy).

It seems to me that some modern democracies are in fact, to a certain degree, successful in finding a reasonable and sustainable balance when taking into account both tax competitiveness and good examples of systems used elsewhere.

At the same time, I firmly believe that ‘competition’ should exclude policies, which are not focused on good “domestic“ systems of taxation but are aimed to transfer tax bases from different countries, which have nothing or very little to do with real, economic activities. I consider this policy not only unfair but also undermining the efficiency of the economy but also the functionality and competitiveness of the single market.

Tax competition should come in hand with transparency. Optimally, the rules for taxation (for example corporate profit taxes) should be rather simple, and competition should take place in a form of setting up the tax rate. Different preferential regimes, exceptions or selective tax breaks in my view have similar, negative effects as policies mentioned above- lower efficiency of the economy and obvious, higher taxation for others – if someone were allowed to pay less, the other would have to pay more.

That’s why I believe within the EU we should not aim to “harmonise taxation“ per se but to firstly increase tax transparency, quickly phase out practices that distort markets and fairness, while also allowing countries to decide whether they want to be economies with fewer public services, but lower taxes or the opposite. At the same time, in certain cases — excise taxes, environmental taxes, VAT, etc. — harmonising or at least setting up a minimal level would make sense.

Let’s end the race to the bottom

Mikuláš Peksa. Taxation in the single market must cease to be a race to the bottom. While the advocates of tax competition like to depict their opponents as sacrificing ‘business-friendly environment’ on the altar of ‘tax justice’, such label should rightfully be rejected as a red herring.

The contention that aggressive tax-setting cultivates business environment and facilitates wealth creation is illusory, as well as normatively problematic. Here, I intend to challenge it on the following grounds. First, hawkish tax-setting is detrimental to ‘fiscal self-determination’. Countries engaging in ‘capital poaching’ are not determining ‘optimal levels taxation’, but rather they are trying to accrue revenue at the expense of other states. Other states are thus forced to alter their fiscal policies so as to avert capital flight, a fact particularly relevant to small economies.

Not only does this compromise their ‘redistributive goals’ but also forces other states to adjust their ‘fiscal climate’ results in suboptimal outcomes,a ccording to a 1998 OECD report. Distortion of financial and real investment flows, discouragement of taxpayer compliance and increases in administrative costs are only some of its likely outcomes.

In this sense, tax competition is analogous to Bertrand competition – only here, the citizens end up being worse off.  Second, even if ‘self-determination’ is not something that we endorse, as Peter Fietsch wrote in 2015, aggressive tax competition is objectionable on the grounds of “widen[ing] the income gap both between capital owners and everyone else“.

Considering the already-wide economic inequalities present in most Western societies, this is a cause for worry. If favourable economic conditions are of our primary concern, increases in inequality, which already causes significant political instabilities – are not something we should blindly pursue.

Especially if tax shenanigans result in under-provision of public services on which the least fortunate are most dependent.  Third, if a part of the EU’s long-term strategy is to attain a sustainable and stable world governance, then aggressive tax policies are going to be of little use. As a 2015, IMF reports note, developing countries are disproportionately hit by profit shifting and base erosion of multi-national compaies, a phenomenon likely to be reinforced by further tax incentives. Setting optimal rather than aggressive tax rates would prevent such risk, potentially allowing the developed countries to attain their goals vis-à-vis developing countries more swiftly and with lesser need for redistributive measures.

Finally, the notion that higher taxation ceteris paribus dissuades economic activity – an argument often invoked by tax competition advocates – remains an untestable proposition. Given that tax avoidance by and large allows companies to make tax contributions disproportionate to their regional economic activity, we are unable to confirm that higher taxation would indeed act as a deterrent.