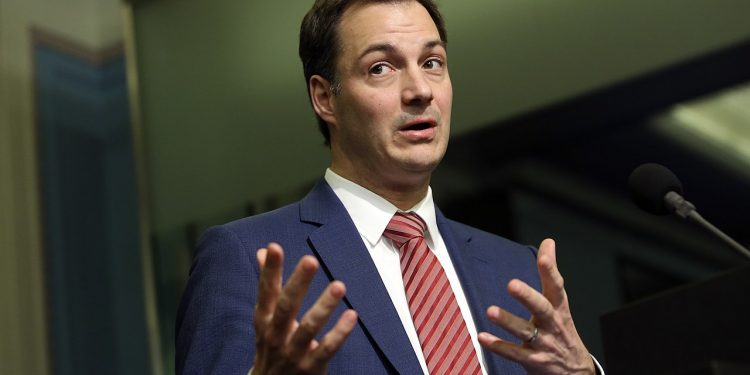 Six years after the attacks in Brussels, a commemoration ceremony took place on Tuesday at the monument to terror victims in Rue de la Loi. Prime Minister Alexander De Croo laid wreaths there, together with representatives of victim organisations and the CEOs of Brussels Airport and STIB.

On March 22, 2016, Belgium was rocked by bloody attacks. At 7.58 am, two suicide bombers blew themselves up in the departure hall of Brussels Airport. About ten kilometers from the airport, a bomb exploded at 9.11 am in the Brussels metro station Maalbeek. The balance was heavy: 32 killed and more than 340 wounded.

Just like in previous years, that particular day was commemorated this Tuesday on March 22. This year, the official ceremonies were limited to those at the memorial. In recent years, ceremonies have also been held at Zaventem airport and the Maalbeek metro station. A minute’s silence was still observed in those places at the time of the explosions.

A Minute of silence

According to BRUZZ, the CEOs of Brussels Airport, Arnaud Feist, and the Brussels public transport company STIB, Brieuc de Meeûs, all participated in the moment of reflection in the Wetstraat, which started at 10.30 am. They laid wreaths together with Prime Minister De Croo and representatives of the victim organisations Life4Brussels and V-Europe. This was then followed by a minute of silence, after which the Belgian and European national anthems were played.

Incidentally, the ceremony commemorated not only the victims of March 22, 2016, but all victims of terrorist attacks in the country and all Belgian terrorist victims of attacks abroad.

Additionally, Molenbeek also organised a commemoration ceremony with Mayor Catherine Moureaux at the memorial stone for Loubna Lafquiri. The 34-year-old from Molenbeek was killed in the explosion in Maalbeek.