by Laura Halenius and Heli Parikka
in Europe 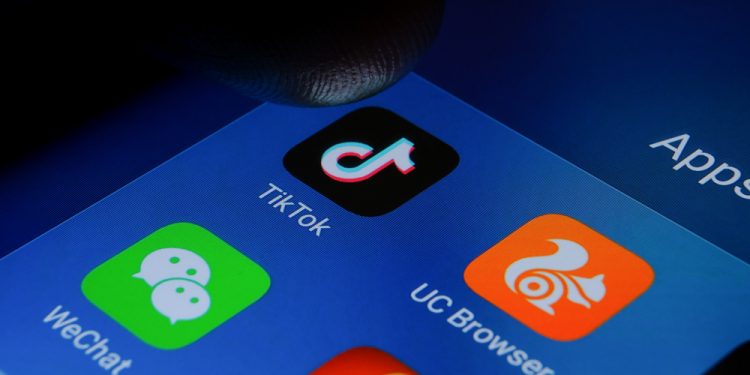 The proposal on data governance is the European Commission’s first step in implementing the EU data strategy. Why should it interest us all?

Brussels (Brussels Morning) The European Commission published its legislative proposal on the use of data on 25 November 2020. The point of the proposal is to ease the flow of data and create a functioning infrastructure and governance model for doing so. Why should this interest us – as citizens, employees and service users – and how will it affect our lives in the future?

The proposal is one of the first specific steps in the fulfilment of the European data strategy. This aims to facilitate the sharing and use of data between companies, researchers and the public sector. The legislative proposal for a data governance model in the EU (Data Governance Act) is the first major effort to increase the sharing of data between businesses, to make more public-sector data available for reuse and to promote the sharing and reuse of personal data for public-interest purposes, according to common rules and respect for privacy.

Future well-being is based on data

This is an important draft for the future of Europe and for us as Europeans. Firstly, because the value of the data economy is not insignificant: the data strategy estimates it will be worth 829 billion euros by 2025. Secondly, as Europe rapidly moves towards a circular economy and our consumption shifts from owning goods to leasing, sharing and using new types of services, our well-being will also increasingly be defined by the data economy and the smooth use of data rather than of tangible items.

Given its potential impact, there has been surprisingly little public debate about the data strategy and the relevant major legislative proposals and associated projects, such as Gaia-X developing the European cloud infrastructure.

The new proposal aims to create a governance model for the European data market. In practice, this involves structures and formulas for advancing the flow and use of data in Europe. The data market of the future will provide a more diverse range of data, which streamlines the production of increasingly better products and services, and so will boost people’s well-being. The Commission’s proposal, for example, would make the reuse of public data easier. Similar practices and solutions have already been developed in Finland in the social and healthcare sector.

A good example of the need for the efficient use of data is the Covid-19 crisis. The register data collected by the authorities alone is no longer sufficient for finding solutions. Instead, to combat the pandemic we also need information generated by people themselves, their own data. In addition to making the reuse of public data easier, the new legislative proposal would establish an EU-wide approach where people can voluntarily share their data for scientific research or other useful purposes. In the future, this may help us effectively tackle challenges that threaten our well-being, such as the coronavirus crisis.

We also welcome the idea contained in the proposal for establishing a European Data Innovation Board to support the European Commission with standardising the sharing and exchange of data across sectors, and in setting common rules. Standards will not by themselves solve all problems, but they would help us share and combine data more easily and quickly under predefined rules and interfaces.

On a global scale, standards play a key role in the growth of companies across Europe. If data is used to produce services in line with common standards, we would not need to waste resources tailoring such services to each country’s needs. In other words, standardisation will become increasingly important in the future data economy, and so efforts are being made to tighten the standardisation and the binding nature of information sharing, for example with the data regulation to be issued next year.

The purpose of the European Commission’s proposal is to strengthen confidence in the data market. This is to be achieved by enabling the operation of what are known as data intermediaries, which would help ease the sharing of data between companies and consumers. The idea is to separate the transmission of data from the provision of actual services and to ensure that the data intermediaries do not commercialise the data they are transmitting but only act as a reliable conduit between the data providers and users. The goal is to create a new, alternative way of operating in the data market with respect to the currently dominant business and value creation models in the market. If done properly, these intermediary services could increase an individual’s opportunities to follow and control the use of their data.

The challenges of regulating a newly emerging market

When a new technology or service concept comes on the market, it is still difficult to predict its ultimate significance or life cycle. Actual customer demand for the service and the functionality of technology in line with expectations will only come to light over the coming years. It is also impossible for legislators to assess the life-cycle development of new technologies and services in advance, so the European Commission’s task with the new legislative proposal has not been easy. There is always the risk that enacting a new regulation at too early a stage may stiffen the market, which would waste public- and private-sector resources and possibly slow down the development of the sector. This is why it is important to ensure close collaboration between legislators and businesses already at the planning phase.

From the point of view of businesses and individuals in the EU, it is good that the EU realises the opportunities of the data economy. Legislative proposals for promoting the data strategy must be based on full impact assessments that take account of the impacts on both service providers and service users.

Sitra has been building the foundations for a fair data economy with its IHAN project since 2018. We are happy to support the Commission and other European initiatives to promote a fair and human-centred data economy. The transition is so big that the participation of all sectors of society is imperative.

This article has previously appeared on the blog of Sitra, the Finnish Innovation Fund.