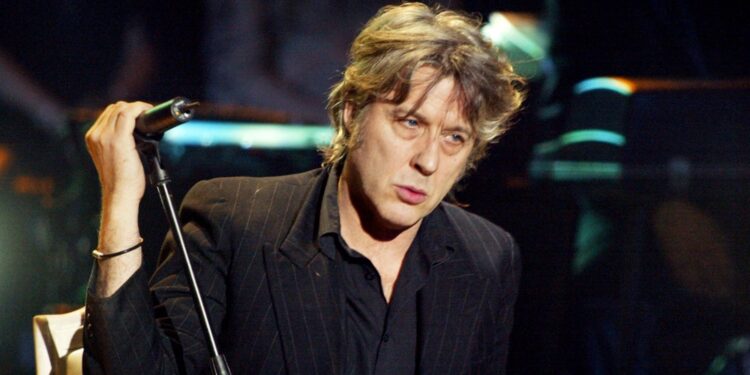 Danny Willems stood by Arno’s side for fifty years, as a photographer and as a friend. For BRUZZ he selected ten photos to travel through those five decades.

“This year we celebrated our golden anniversary,” says Danny Willems, the photographer who has stood by Arno’s side for fifty years. As an image shooter, cover designer, lighting man, scenographer, but above all as a friend. The number of photos he took of Arno, from his first band Freckleface to his very last solo flight, is countless. A treasure trove from which he picks ten precious images to travel through those five decades.

“I met Arno in 1972, through Paul Decoutere, who was my best friend at the time. Paul was a musician, but for a living he ran a clothing store in Ostend, the Tuf Tuf Club. It was the time of Swingin’ London and Carnaby Street. Arno walked past them one day, was seduced by the hip outfits and struck up a conversation with Paul. Arno then played harmonica, and Paul asked him to make music together. He even convinced Arno to sing, even though he had a voice like sandpaper.”

“I bought a camera and wanted to be a photographer, so I photographed my friends. I worked in an industrial photo studio in Blankenberge, I was the only one with a car. And so I took Paul and Arno to their first gigs. Arno intrigued me. He was an oddball, shy of people, usually standing in the corner of a cafe somewhere. But on stage, he transformed from a stutterer into an entertainer. That was fascinating to watch.”

“I lived in Ostend almost continuously at the time, and I also moved there in 1974. Arno and I saw each other constantly. That’s how our bond was born. But Arno was a free spirit. He lived for the moment and the fun, for the music and the women. He was a loner, someone who knew what he wanted. Becoming a musician, a rock star, like the artists in the NME .”

“What bound us was that we both had to find our way. Nothing was organised, everything was new. I did the graphic design for Tjens Couter and TC Matic, bought letter sheets for the covers myself and kept my eyes open in the graphic department of the photo studio.”

“I followed him a year after Arno moved to Brussels. That was an incredible period, the whole world opened up, we were under steam. Everything we always wanted was suddenly possible. And we succeeded.”

“In the mid-1990s, Arno signed with a French label. They wanted to make him a star. Arno went along with that for a while. He shot his first film, walked with models on his arm, the world was at his feet. I had then built a career with video clips and commercials. I spent a lot of time abroad, for the first time I earned money with my work. We hardly worked together for a few years. And yet a week never went by without us calling each other. In that period we called each other yuppies, young urban professionals . We were, but more in the alternative sphere.”

“Like most, myself included, Arno didn’t like to be photographed. Everyone has an image of themselves, and that doesn’t match what you see in the photo. We sometimes had heated discussions about which photo to use. He usually won. Later he would come back to that: ‘Shit, that image would have been better.’”

“Good friends give each other space, as in a good marriage. We sometimes questioned each other’s work, but that’s friendship. When I needed him, he was there. That has always been important to me: I could call him at any time. The realisation that that is no longer possible makes me very sad.”

“Since he had cancer, we’ve spent a lot of time together. I took him to the UZ and then we had a drink. Sometimes he started talking, or I started talking, and a conversation started, just as often we said nothing. We understood each other without words, like an old couple. Nothing was needed. A look, a smile, little things of value that you never paid attention to before because you were busy with other things. That was enriching.”

“Arno represents a certain kind of life. For freedom. During his last concerts, when he knew he was terminal, he opened the hearts of many people. He showed them that in spite of everything, life is worth living. He got everything out of it.”