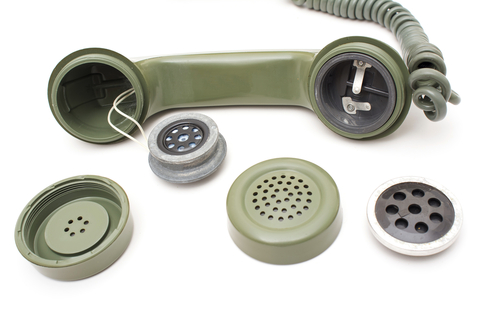 Parts of a handset, old telephone.

Brussels (Brussels Morning) Denmark’s Prime Minister, Mette Frederiksen, said on Wednesday that her country’s relationships with its allies, including France and Germany, remain solid and do not need restoring because of the recent spying scandal.

“I do not think it is correctly presented that there is a need to restore relations with either France or Germany,” said Frederiksen. “We have an ongoing dialogue, and so do we in the field of intelligence”.

The Danish public broadcaster Danmarks Radio broke the news on Sunday that the US National Security Agency (NSA) tapped into Danish internet cables to eavesdrop on high-ranking European politicians, including officials in Germany, Sweden, Norway and France.

The broadcaster cited findings of an internal investigation within the Danish defence services, which had examined NSA’s role in the intel-sharing partnership between the two countries. That investigation revealed that NSA used its alliance with Denmark’s military intelligence agency to tap into comms traffic routed through the country.

As Denmark hosts key landing stations for undersea cables connecting to neighbouring countries, NSA was able to access phone calls, metadata and text messages sent by leading politicians and officials across the border. Reportedly, NSA listened in on calls made by German Chancellor Angela Merkel and then-Foreign Minister Frank-Walter Steinmeier, now the President of Germany.

Denmark’s Defence Minister Trine Bramsen commented on the matter by saying that “systematic eavesdropping of close allies is unacceptable”. On Wednesday, Frederiksen said she would not comment on stories about intelligence work that appeared in the media, but she did reiterate that “there must be no systematic monitoring of allies”.