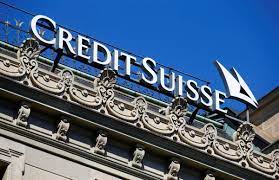 Brussels (Brussels Morning) An external review of Credit Suisse’s risk management practices has resulted in a damning report that blames corporate management for its “lackadaisical” attitude towards risk and at the same time having a “lack of accountability”.

Switzerland’s second-largest bank, considered to be one of the nine global “bulge bracket” banks, took a severe 5.5-billion dollar hit with the collapse of the Archegos hedge fund earlier this year, making it the biggest loser among international lenders affected by the fund’s misfortune. Its chief Swiss rival, UBS, lost less than 1 billion as Archegos folded.

For Credit Suisse, the Archegos loss came as the bank was still trying to absorb the losses incurred by the insolvency of Greensill Capital, one of its key associates. Greensill filed for insolvency in March as it defaulted on a loan to Credit Suisse, with the bank announcing that its supply-chain funds could lose up to 3 billion dollars of their 10 billion dollar value.

The review by the law firm Paul Weiss, Rifkind, Wharton & Garrison, published today, blames the Archegos-related losses primarily on “fundamental failure of management and controls”. The report notes that the bank’s Prime Services division was focused on maximising short-term profit, which failed to rein in Archegos’ risk-taking.

The bank responded to the review by stating it would put risk management front and centre in its decision-making process in the future. Credit Suisse has so far taken action against 23 of its employees over the Archegos debacle. Nine were fired. A total of 70 million dollars in penalties was collected from the affected staff.

Last month, bank insiders revealed that Credit Suisse was already planning for a major overhaul of its management organisation, with plans in place to scrap the decentralised regional structure, which it believes enabled its client managers to take risks without due accountability.