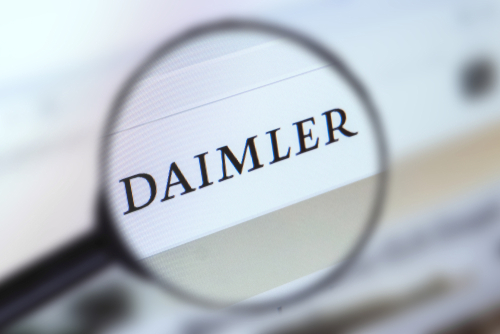 While Daimler was part of the cartel along with the German automotive groups, Volkswagen (VW) and BMW, the EC did not fine the company because it had exposed the cartel, Reuters reports.

VW is to pay 502 million euro and BMW 373 million. European Commissioner for Competition Margrethe Vestager stated that all the parties “have acknowledged their role in this cartel” and agreed to a settlement.

The German carmakers, she said, had the technology to cut greenhouse gas emissions from diesel engines to levels required in the EU, but had agreed between themselves not to compete to do so.

“So today’s decision is about how legitimate technical cooperation went wrong”, she observed, noting that “we do not tolerate it when companies collude.”

The case was a first, according to Vestager, who insisted that the EC “never had a cartel whose purpose was to restrict the use of novel technology”.

The case presents a precedent as it extends the application of EU competition regulations to cover technical-level talks among competitors.

In discussions that took place a decade ago about industry standards for AdBlue, an additive that reduces nitrogen oxide emissions from diesel engines, German carmakers colluded to limit the size of AdBlue tanks on vehicles to make the use of the additive less convenient, the EC noted.

VW indicated it was considering legal action, citing the EC’s move as having set a questionable precedent.

“The Commission is entering new judicial territory, because it is treating technical cooperation for the first time as an antitrust violation”, VW noted. It pointed out that the companies had been fined even though customers had suffered no harm.BMW said in its defence that it did not cheat on emissions tests.