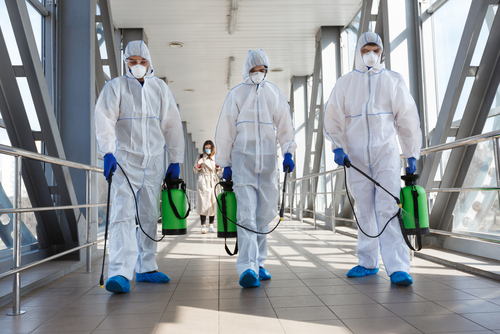 Brussels (Brussels Morning) The Czech Republic’s Health Minister Petr Arenberger announced his resignation on Tuesday morning, following media accusations that he failed to report his assets and income when assuming the post on 7 April this year, Prague Morning reported.

Arenberger, the country’s fourth Health Minister since the start of the COVID-19 pandemic, will l be replaced by the first of the health ministers to resign. Adam Vojtěch stepped down in September last year as infection rates in the country soared into the thousands.

“I can already confirm that the new Czech health minister will be Adam Vojtěch,” said Prime Minister Andrej Babiš. “In September, after a covid burden, he decided to leave. I was really sorry, I think he was a very good minister. We have now agreed that he will take office and remain in the position until the end of this government.”

Vojtěch was perceived by the public as a relatively successful minister during the first wave of the pandemic, but he came to odds with Babiš after proposing an indoor mask mandate at the end of last summer last year, which the Prime Minister refused.

His successor Roman Prymula held the post for barely a month, when he was caught in breach of pandemic restriction measures he himself had imposed. After being photographed while leaving a restaurant, having banned indoor dining, Prymula resigned in October last year.

The third Health Minister, Jan Blatný, suffered the ire of Czech President Miloš Zeman, who attributed the country’s high death rate from COVID-19 to Blatný’s refusal to approve use of Russian Sputnik V vaccine without first receiving the EMA’s green light. PM Babiš, counting on Zeman’s support in the upcoming October parliamentary elections, bowed to pressure and replaced Blatný with Arenberger on 7 April.

However, TV Seznam ran a piece on the new Health Minister, claiming that he made millions in  Czech crowns on clinical studies for new drugs and that he had illegally conducted these activities on a trade licence he claimed was for cosmetic services. As an elected official, he was required by law to disclose all of his income to the public, which reportedly he failed to do.

Claiming to be an innocent victim of “a media lynching”, Arenberger resigned on Tuesday, insisting that his failure to declare all of his revenue sources was an unintentional “mistake”.