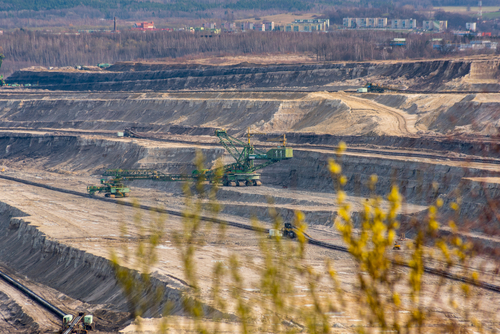 Mining machines operating in the Turow lignite opencast mine in Poland

Brussels (Brussels Morning) The Czech Republic and Poland continued discussions on the Turów coal mine dispute this week, with Poland optimistic about the latest round of talks.

Poland’s Minister of Climate and Environment, Anna Moskwa, indicated today that should agreement be reached, the Czech Republic will withdraw its complaint to the Court of Justice of the EU (CJEU), Reuters reports.

The two EU member states have been at odds over Poland’s decision to extend the operation of the mine in Turów, which provides fuel for a nearby power plant.

The Czech Republic has warned that the operation of the mine causes a loss of underground water and creates pollution. The CJEU has ordered Poland to pay a penalty of 500,000 euro to the EC for each day it refuses to close the mine.

“If the agreement is successfully signed… the Czech side will immediately send information to the court that the dispute has been resolved and withdraw their complaint”, Moskwa told Polskie Radio when interviewed earlier today.

Having met with her Czech counterpart Anna Hubáčková in Warsaw on Tuesday, Moskwa said the terms they had discussed now had to be approved by the Czech Government.

“Yesterday’s meeting certainly produced more than the 18 earlier meetings with the previous government, not only in terms of atmosphere… but also in terms of specific arrangements”, Moskwa observed. The Polish government was willing to sign an agreement should the Czech side agree to the terms, she said. However, neither she nor Hubáčková offered any details about the agreement.

The dispute between the two countries concerns the duration of the deal. Warsaw has suggested it could end after two years whereas Prague, disagreeing, maintains that the coal mine is expected to operate more than 20 years, until reserves are depleted.

In September last year, commenting on the CJEU decision to impose daily fines on Poland, Prime Minister Mateusz Morawiecki stressed that Warsaw was “not going to turn off Turów” since doing so “would deprive millions of Polish families of electricity.”

Government spokesman Piotr Müller warned at the time that closing the Turów mine “would threaten the stability of the Polish power system.”