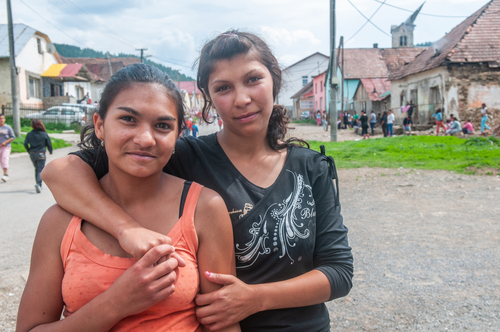 5/16/2018. Lomnicka, Slovakia. Roma or Gypsy community in the heart of Slovakia, living in horrible conditions. They suffer for poverty, stigma and luck of equal opportunities.

Brussels (Brussels Morning) The Czech Republic is edging closer to compensating hundreds of Roma women who were forcibly sterilised during the communist regime in what was then Czechoslovakia during the 1970s and 1980s, Deutsche Welle reported.

A draft law has passed the first reading but needs to be passed by the Senate before coming into force. Once enacted, it will provide a mechanism by which every Roma woman who was forcibly sterilised can seek compensation of some 11,000 euro, provided a medical committee confirms she was actually subjected to such surgery.

The communist regime in Czechoslovakia used forced sterilisations to reduce the numbers of its Roma population, which it considered both undesirable and fast-growing. An investigation conducted in 2005 by the Czech ombudsman looked at more than 50 cases of such sterilisations. The conclusion was that the evidence indicated human rights had been trampled.

Some doctors had even gone so far as to suggest abortions to pregnant Roma women who already had two or more children, telling them they had “plenty of children already”. The practice was officially discontinued in 1990, although there are reports that individual cases of forced sterilisation did occur after that date, the most recent being reported in 2007.

The draft law was passed by the lower house with 77 out of 99 deputies present supporting the law. The only major party opposed was the right-wing SPD, which refused to acknowledge that forced sterilisations took place, and questioned whether the women should be entitled to compensation even if they had.

According to Czech Human Rights Commissioner, Helena Valkova, who is also a lawmaker with the ruling ANO party, the actual number of women eligible for compensation should the law come into force is around 400, although the exact number of women subjected to forced sterilisations remains unknown. Many of the victims are no longer alive, and those eligible today are between 60 and 70 years old.