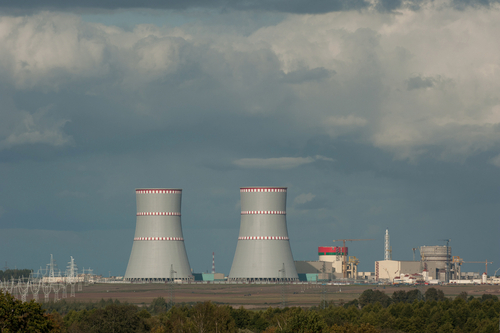 Prague (Brussels Morning) The Czech Republic’s government has laid off Jaroslav Míl, the adviser for the construction of its new nuclear power plant, according to Reuters.

The move comes after Míl criticised the Ministry of Industry and Trade for changes it made to the planned tender, which came under fire from critics who warned the tender would enable Russia to participate.

The layoff marks the latest incident in the dispute over plans to build the nuclear power plant, with critics stressing the need to exclude Russia from the project for national security reasons.

Karel Havlíček, Minister of Industry and Trade, stressed that Míl did not communicate well and did not have higher security clearance, something that had not been considered a problem before. Speaking after Monday’s Cabinet meeting where the decision to let Míl go was taken, Havlíček pointed out “in the past days, communication [with Míl] was not going well”.

While Czech security services and opposition parties had been urging that China and Russia be kept out of the project in order to limit exposure to potential geopolitical pressure, on Monday, Havlíček referred to Russia as a “key energy partner”.

The state-controlled ČEZ Group utility, a subsidiary of which is the investor behind the project, supports Russian participation in the project, while the political parties are agreed that China should be kept out.

Besides ČEZ, the Czech Republic’s President Miloš Zeman favours Russian involvement, as does the Communist Party of Bohemia and Moravia, which supports the Cabinet in the parliament.

According to the Ministry of Industry and Trade, the government will delay launching the tender until after the parliamentary election slated for October this year.

Potential bidders, including Russian Rosatom, are to receive security questionnaires and tender documentation in a pre-qualification round before the election, a concession critics claim is a way to allow Russia to participate.