by Agata Andreetto
in Europe, Features 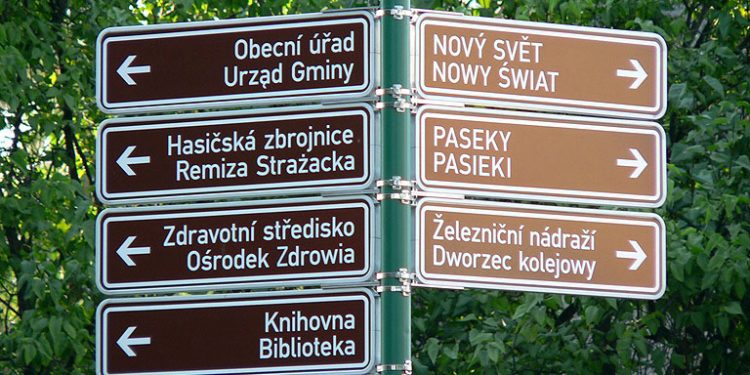 Last week, the Council of Europe published a report on the status of minority languages in the Czech Republic. The standard monitoring report focusses on a specific kind of diversity that Europe is losing, such as Moravian and Romani, as well as minority languages linked to neighbouring EU member-states like Croatia, Germany, and Poland.

The Council of Europe report suggests that minority languages in the Czech Republic are in fact thriving, something that cannot be taken for granted either in Central Eastern Europe or anywhere else. It has been estimated that between 40-to-50 million people speak one or other of Europe’s 60 regional or minority languages. These languages are at serious risk as they are threatened with being assimilated by larger linguistic groups or with disappearing altogether. While language policy is the exclusive competence of individual EU member states, the EU can support actions to promote and protect them.

In the Czech Republic, linguistic diversity is significant, but the linguistic groups represent a low percentage of the country’s population. The European Federation of National Language Institutions (EFNIL) estimates that only a 4.2% share of the population speaks a minority language.

Some progress on minority protection in the Czech Republic

The Czech constitution affords no special protection for minority languages, but minority groups are beginning to exercise some say about the public space that surrounds them. For instance, they have the right to have signs within their municipalities as well as education and information on the electoral process in their own languages.

The 1992 European Charter for Regional or Minority Languages of the Council of Europe is the cornerstone for the protection and promotion of minority languages in Europe.

On the positive side, Czech authorities have succeeded in protecting Moravian Croatian in terms of news broadcasts on radio and television. German language teaching is more readily available, while authorities have lowered the minority population threshold required to install Polish names for locations and topographic signs. Instruction in Romani is becoming part of mainstream education.

These developments vindicate a number of minority language campaigners, especially Romani, in the European Parliament. Every year, MEPs, the European Commission and Roma civil society plan a week of activities in Brussels designed to promote Roma community rights, often prioritising Central Eastern Europe, in an ongoing fight against anti-Gypsy hate speech. The campaign appears to be making progress.