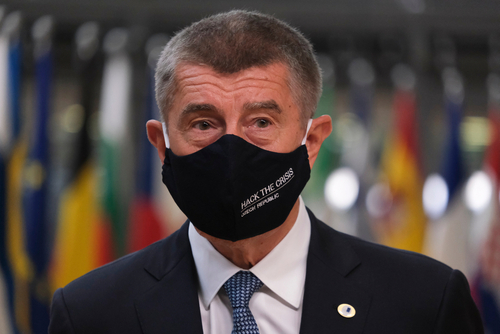 Brussels (Brussels Morning) The Prime Minister of the Czech Republic, billionaire businessman Andrej Babiš, denied he broke any laws regarding his assets in offshore financial structures, after a major leak of tax haven documents prominently featured his accounts and property.

A report by the International Consortium of Investigative Journalists (ICIJ) and major international media revealed that Babiš bought real estate on the French Riviera in 2009, moving 22 million dollars through offshore companies, while keeping his ownership of the property secret.

Babiš, who currently on the campaign trail seeking another term in the upcoming the 8-9 October legislative election, has sharply rejected accusations that he broke any laws by making the real estate purchase.

Speaking during a televised debate on CNN Prima News, Babiš claimed all the transactions were subject to proper regulatory oversight. “The money left a Czech bank, was taxed, it was my money, and returned to a Czech bank”, he said, giving a simplified account of how the transaction was handled.

Founder of the Agrofert agricultural, chemical and media conglomerate, Babiš was an established billionaire before entering Czech politics in 2011. He formed a party called Action of Dissatisfied Citizens (ANO) and ran on a populist, anti-corruption platform.

Babiš became Czech Prime Minister in 2017, and has since placed the running of his business empire in the care of trust funds, in order to comply with the state’s conflict of interest laws. Nonetheless, he had become a target for a criminal investigation into his companies’ use of EU funds.
Czech prosecutors are currently looking into whether he broke laws by hiding ownership of a conference resort outside Prague in order that the development could qualify for EU subsidies. An EC audit released in April this year already found Babiš in a conflict of interest through his links to Agrofert, which has received EU development aid funds.