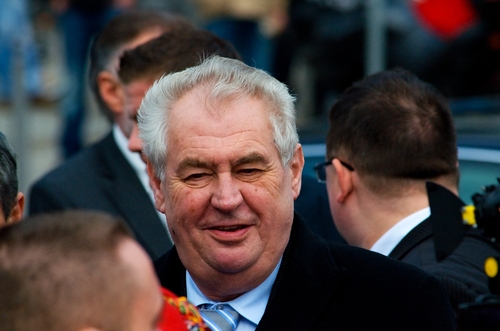 Brussels (Brussels Morning) Healthcare authorities announced on Monday that Czech President Miloš Zeman’s condition is stable, after he had been rushed to hospital over the weekend just before he was due to hand out a mandate to form the next government of the Czech Republic.

According to a Central Military Hospital spokeswoman, Zeman was treated in intensive care over the weekend, but his condition is now stable. On Sunday, the hospital director Miroslav Zavoral said that Zeman had been admitted because of complications related to a chronic condition. However, he refused to offer further details, saying he did not have the President’s permission to do so.

Before being rushed to the hospital, Zeman met with outgoing Czech Prime Minister Andrej Babiš, who narrowly lost the parliamentary elections on Saturday, after his party ANO finished in second place with 27.1% of the vote, just behind a liberal-conservative, three-party coalition, grouped under the umbrella title Together, which won 27.8%.

In a seeming break from tradition, Zeman, a Babiš ally, indicated he would not hand the mandate for forming the new government to the winning coalition, but, rather, would offer it to the strongest individual party – the Babiš-led ANO.

However, with a centre-left liberal coalition finishing in third place and 15.6% of the vote, Babiš is extremely unlikely to be able to negotiate a majority in the parliament. Since there are no set deadlines, even if Babiš fails to acquire a majority, Zeman could yet ask him to try to form a new government again.

Such a development is not unheard of. The previous parliamentary elections also yielded inconclusive results, and Babiš was able to take his time – from October 2017 to July 2018 — to finally win the confidence vote that enabled him to usher in his second cabinet.

This time around, given that the opposition has clearly won a majority of lawmakers, the leader of Together and its PM candidate, Peter Fiala, is calling on Zeman to accept the election results.

Since the President is temporarily incapacitated, the decision to hand out a mandate will likely be postponed until he recovers or his condition worsens. Should he remain incapacitated when the new parliament assembles, his duties will be taken over by the speakers of the two houses of parliament and the PM. In those circumstances, the decision to appoint a new PM will fall to the speaker of the lower house.