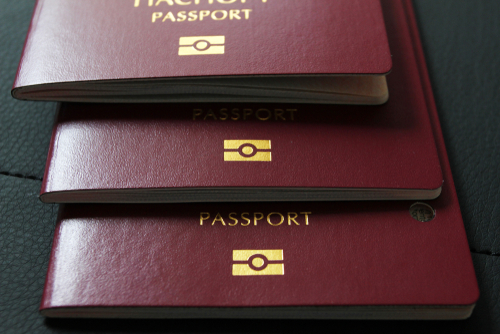 Under the scheme, Cyprus granted citizenship to 6,779 foreigners in the period between 2007 and 2020. Most of the recipients were Russians.

The Investigative Committee chaired by former Supreme Court judge Myron Nikolatos warned in an interim report in April that more than 50% of passports granted through the scheme went to recipients who were not qualified.

In announcing on Friday the handover of the report to the police, the Law Office of the Republic of Cyprus noted that “instructions were given to start an investigation to determine any possible criminal offences, based on the interim report, where appropriate.”

According to the report, the Cabinet approve citizenship requests under the scheme despite possible conflict of interest on the part of some members due to their professional or familial connections with applicants and their proxies.

The report recommends that up to 66 applicants be stripped of citizenship.

Cyprus terminated the golden passport scheme last year, which allowed foreign investors to get EU citizenship in exchange for investments that were worth at least 2 million euro.

The move came after Al Jazeera released footage in October last year of the then Speaker of Parliament Demetris Syllouris allegedly arranging passport approval for an investor with a criminal record.

Syllouris resigned in the wake of the scandal, denying any wrongdoing and insisting that his statements had been taken out of context.

The report warns that the scheme was abused by fugitives from justice as well as political elites from impoverished countries who could afford to buy citizenship.The European Commission started an infringement process against Cyprus last year over the golden passport scheme, pointing out that selling EU citizenships to people who have no genuine connection with the state undermines the integrity of such citizenships.