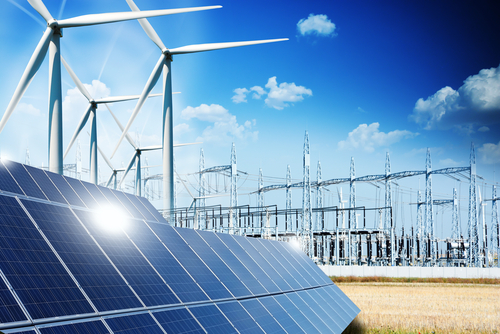 Brussels (Brussels Morning) Cyprus, Greece and Israel have agreed to connect their energy grids by building the longest and deepest submarine power cable in the world, DW reports.

The move will help diversification of power sources and enhance and strengthen the energy independence of the three Mediterranean countries.

The planned EuroAsia Interconnector project, worth 760 million euro and financed in part by the EU, will integrate Cyprus into the bloc’s grid as well as connect Europe with Western Asia.

Natasa Pilides, the Minister of Energy, Commerce and Industry of Cyprus, and her counterparts from Israel, Yuval Steinitz, and Greece, Kostas Skrekas, acclaimed the project as an outcome of common interest.

Pilides said it represents a “decisive step towards ending the island’s energy isolation, and consequently, our dependence on heavy fuels”. She noted that all three countries would benefit from increased interconnection.

Steinitz said Israel sees the project as a fall back alternative that would allow the country to “receive electricity backing from the power grids of the European continent in times of emergency.”

Detail of the project

The longest section of the planned Mediterranean cable, about 900 kilometres, will connect the Greek island of Crete with Cyprus.

Sections connecting Crete to mainland Greece and Israel to Cyprus would be approximately 310 kilometres in length.

According to the Israeli Ministry of the Environment and Energy, the planned power cable will be the world’s longest and deepest, some 1,500 kilometres in length with a maximum depth of 2.7 kilometres.

The project is already underway since the Greek IPTO network operator has been building the stretch between Crete and mainland Greece with a view to completing it by 2023.

All sections should be completed by 2024 and the project ready to go operational by 2025, according to the Israel’s Ministry of the Environment and Energy.The European Commission previously endorsed the project as being of common interest, making it eligible for EU financing, according to AP.