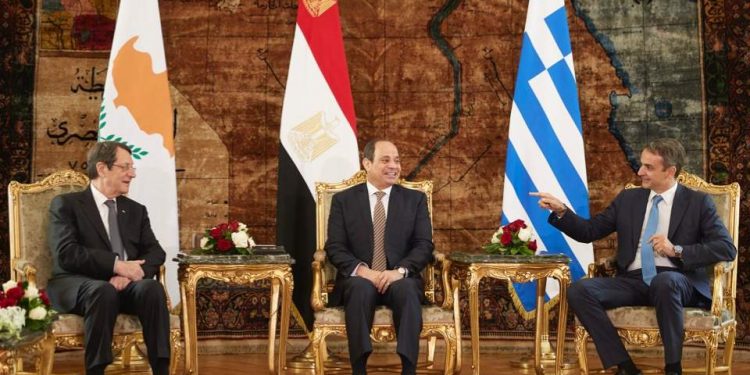 Brussels (Brussels Morning) Cyprus, Egypt and Greece have criticised Turkey over its recent provocations, pointing to hydrocarbons exploration in disputed waters in the Eastern Mediterranean and the reopening of the Varosha quarter of Famagusta in Cyprus, RFI reported yesterday, Wednesday.

He warned against what he described as Ankara’s extreme rhetoric and its aggressive actions in Syria, Libya, Somalia and Cyprus. He accused Turkey of ignoring international conventions as well as repeated calls for dialogue emanating from the EU, Russia and the US.

Cyprus President Nicos Anastasiades rebuked Turkey for violating the sovereign rights of both Cyprus and Greece, noting that Ankara has been constantly escalating tensions and undermining regional stability. His Egyptian counterpart, President Abdel Fattah el-Sisi, referring to the maritime demarcation agreement signed by Egypt and Greece in August, cited it as an example of what can be achieved when international law and institutions were respected.

On Wednesday, Turkey’s Vice President Fuat Oktay announced that Ankara would not hesitate to send soldiers and military support to Azerbaijan if so requested, Reuters reports. In doing so, he accused the Organisation for Security and Co-operation in Europe (OSCE) Minsk Group, which is co-chaired by France, Russia and the US, of providing military and political support to Armenia.

Also on Wednesday, Turkey extended the mission of the Oruç Reis seismic survey ship in disputed waters in the Eastern Mediterranean, announcing that the research vessel would remain at sea until 27 October. The mission was originally to end today, Thursday.

Its extension is likely to add to tensions in the region. The Oruç Reis, accompanied by the Ataman and the Cengiz Han offshore supply ships, is to continue exploration efforts southeast of the Greek island of Rhodes.

Tensions between NATO members Greece and Turkey flared up back in August, when Turkey started seismic exploration in waters also claimed by Greece and Cyprus.

The EU has announced it will impose sanctions against Turkey if Ankara does not end its provocations, a move Turkey has denounced as straining its relations with the bloc.