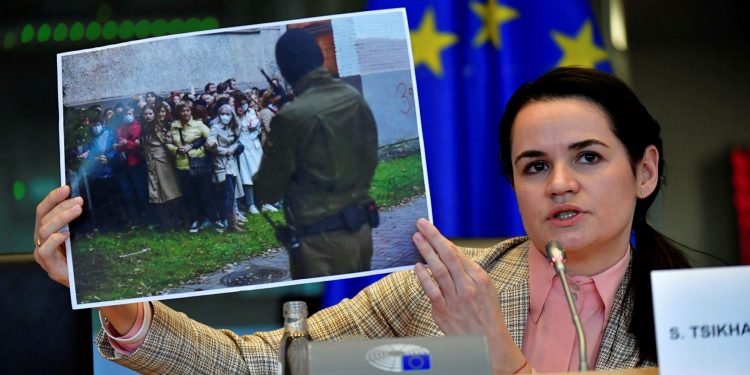 Cyprus has blocked EU sanctions against Belarus intended as a response to the disputed outcome of the August presidential elections and the ensuing crackdown on protests, DW reports.

Cyprus vetoed sanctions against some 40 Belarusian officials, President Alexander Lukashenko included, insisting that if the sanctions were to go into effect, the same had to apply to sanctions against Turkey for its gas exploration activities in disputed waters in the Eastern Mediterranean.

Lithuania, which currently hosts the exiled Belarus opposition politician Sviatlana Tsikhanouskaya, and Latvia have both expressed disappointment over the refusal by Cyprus to support the call for sanctions.

Lithuania’s Minister of Foreign Affairs Linas Linkevičius described the move as lamentable, saying he hoped the disagreement would be solved. One way or another, he said, Lithuania would not be stopped from helping the Belarusian people even though the lack of EU unity on the issue jeopardised the very credibility of the democratic values the people of Belarus are fighting for. His Latvian counterpart Edgars Rinkēvičs warned that the failure to impose sanctions sent a wrong signal to the people of Belarus, to EU member state citizens and to the rest of the world.

The High Representative of the European Union for Foreign Affairs and Security Policy, Josep Borrell, regretted that it had not been possible to impose sanctions against Belarus despite the clear will to make such a move.

Tsikhanouskaya has urged EU member states to cut financial support to the Belarus Government, maintaining that the money would be used by the authorities to step up repressive measures and foment further violence. The opposition had done what it could to manage the volatile situation solely with the help of the Belarusian people, but it was increasingly clear that external help is required, she said. Tsikhanouskaya was compelled to flee Belarus after the election for her own safety.

Lithuania’s Foreign Minister Linkevičius has stressed the importance of investigating both the human rights abuses in Belarus and the poisoning of Russian opposition politician Alexei Navalny, France24 reports.