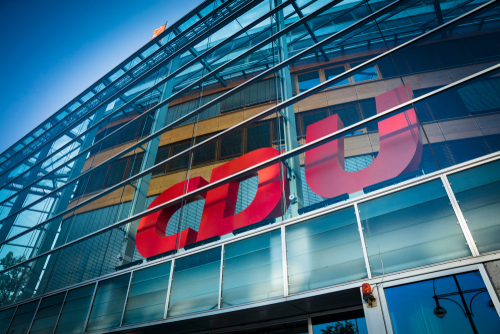 The two parties form a joint block in the German parliament, and field a joint candidate for the position of chancellor. Invariably, that honour has gone to the CDU – the larger party, which is a presence in all federal states save Bavaria. On the only two occasions when the two-party bloc stepped away from the tradition and nominated a chancellor candidate from the CSU, the parties have lost the federal elections.

However, this year the choice was much more difficult, given that CSU’s Söder was polling even ahead of CDU’s current chancellor Angela Merkel, who, having already stepped down as party president, had made it clear that her current term would be her last. Laschet, on the other hand,  Merkel’s successor as CDU president, is a lot less popular among the voters, with even the majority of CDU voters indicating their preference for Söder.

Söder remained in the running until a late-night vote by senior CDU members confirmed Laschet as their chancellor-candidate. Söder, who was invited to attend what turned into a tense six-hour meeting, declined, saying he would not want to influence the CDU leadership, and promised to honour their decision.

“The die is cast”,  Söder told a a press conference on Tuesday. “Armin Laschet will be the CDU/CSU’s candidate for chancellor. My word, which I have given, stands. I called Armin Laschet and congratulated him. I told him that we as the CSU accept it. We offered him our full support.”

Laschet will now face the difficult task of winning back the support the bloc has lost during the coronavirus pandemic, in part because of the problems in vaccine rollout and partly due to recent procurement scandals involving politicians from the two parties.