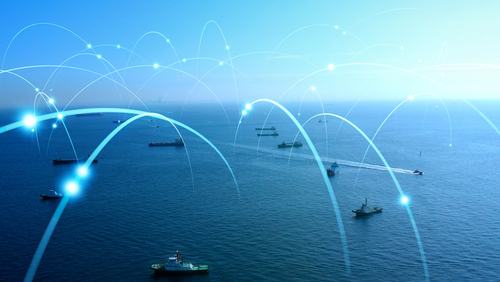 Brussels (Brussels Morning) Cruise ship traffic, the maritime transport sector most heavily impacted by the COVID-19 pandemic, has fallen by 89% since 2019 according to a European Maritime Safety Agency (EMSA) press announcement.

A Science Direct research paper revealed that between January and April 2020, 54 ships in different parts of the world were infected with COVID-19. The total represents one-fifth of the global ocean cruise fleet.

The cruise ship industry now looks to COVID-19 vaccinations to bring about a resumption of sailings, but the outlook remains uncertain.

On 15 June, Royal Caribbean International announced the postponement of its first scheduled voyage — the Odyssey (from 3 to 31 July) – because of a number of positive COVID-19 cases among the ship’s crew.

Overall, EU maritime traffic dropped by 10.2% during 2020, while imports into the EU from non-EU countries declined by 12.2% over the same period, EMSA said.

Shipping movements least affected by COVID-19 were those by vessels like bulk carriers, chemical tankers, container ships and oil tankers, which fell off by approximately 5%.

However, the share of goods transported by sea in 2020 increased 3% at global level, since the effects of the pandemic had a greater impact on other modes of transport like air, road and rail.

“Maritime transport has proved its resilience throughout the course of the pandemic, keeping vital supply lines open while the world went into lockdown,” EMSA’s Executive Director, Maja Markovčić Kostelac, noted.

Based on a review of customs data, the most significant decline in maritime trade volume was in imports into the EU from non-EU countries, which dropped by 12.2% in 2020.

Shipping trade between EU member states was also affected by the pandemic, decreasing by 7.1%.

Exports from the EU to non-EU states declined by 4.3%.

In addition, EU seaborne trade dropped by 9.3% in 2020, which exceeded the global average of 3.6%. This was equivalent to a loss of approximately 226 million tonnes of trade handled by EU ports.

Nearly one in every five ships worldwide sails under an EU member state flag, with the EU accounting for approximately one fifth of all global maritime trade.

“It is essential for us to have a full picture of the crisis impact on strategic industries such as shipping so as to guide our policies and lay the foundations for a full and sustainable recovery”, Commissioner for Transport Adina Vălean, declared.

The EMSA report is based on a comprehensive review of available data, including trade volumes and type, cargo freights, maritime traffic data and other shipping indicators.