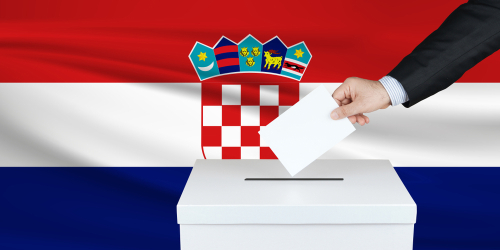 Brussels (Brussels Morning) Sunday’s second round of Croatia’s local elections marked a significant shift away from traditional parties and established candidates, as political newcomers were elected mayors of the country’s two largest cities, and numerous veteran mayors and county prefects were ousted from posts they had held for decades.

Environmental activist turned politician Tomislav Tomašević of the green-left We Can! party was elected Mayor of Zagreb, backed by an overwhelming two-thirds of the votes cast. His win signaled the end of two decades of the late Mayor Milan Bandić’s rule, an era marked by hundreds of corruption scandals and trials.

The We Can! Party is also on track to secure a comfortable majority in the City Assembly, being just one seat short of an absolute majority and very likely to secure support from the Social Democrats (SDP).

A Cambridge graduate with a master’s degree in political science, Tomašević made a name for himself as leader of the Green Action NGO, protesting against controversial developments in the Croatian capital, fighting against illegal waste dumps that developments that turned the city’s parks into construction sites. After forming We Can! and entering the City Assembly in 2017, his party broke through to become the fourth largest party nationally in the 2020 elections.

CERN nuclear physicist Ivica Puljak secured a comfortable win in Croatia’s second largest city, Split, where he represented his wife Marijana Puljak’s Centre party. His family and friends had established their bona fides in the city as local community activists before deciding to step into the political arena and challenge what was perceived as widespread corruption and municipal incompetence.

Prime Minister Andrej Plenković’s Christian Democratic Union (HDZ) boasted of winning the most county prefect positions in history, including three of the largest six cities, in declaring overall victory in the elections Despite this, the results from the three largest cities indicate the ruling party is in danger of losing ground to a new wave of political representatives promising greater transparency and an uncompromising approach to issues of corruption.

In the northern coastal region of Istria, which has been ruled by the left-wing Istrian Democratic Assembly (IDS) since independence, the incumbent party suffered significant setbacks as it lost its hold on the county capital of Pazin to a We Can! candidate, and the largest city of Pula to an independent candidate.

In the northwest of the country, two of the most resilient local politicians lost their seats after nearly 20 years atop the political structure. Former deputy Prime Minister Radimir Čačić, once the leader of the third strongest party in Croatia, lost his seat as Varaždin County Prefect to an HDZ candidate. SDP’s Neven Bosilj ousted Varaždin Mayor Ivan Čehok, who had ruled the city since 2001, apart from a five-year break between 2011 and 2017 when he resigned due to corruption charges.