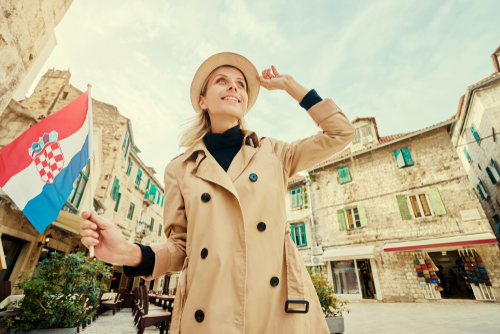 Brussels (Brussels Morning) Croatian tourism sector could be hit hard by workforce shortages next year, with analysts expecting the country’s resorts, hotels, bars and restaurants could lack up to 35,000 seasonal workers come next tourist season.

The country’s tourist industry, accounting for up to 20% of Croatian GDP, is primarily focused on summer months on the popular Adriatic coast, and is highly dependent on seasonal workers in the hospitality industry. Ever since the Croatian accession to the EU in 2013, however, the country has been leeching skilled waiters, cooks and other tourism workers to western countries, where the pay is better and the tourism is less seasonal.

“Some 100,000 people work in the tourist sector, and we are missing some 30,000 to 35,000 people,” said former tourism minister Veljko Ostojić, now head of the national association of the country’s largest tourist companies. “The tourist businesses have no time to wait, and many have kicked off campaigns to seek skilled people.”

The Croatian tourist sector is already looking for skilled workers outside Croatia, seeking waiters and cooks from other Balkan countries such as Bosnia and Herzegovina, Serbia, Montenegro and Macedonia, but also from some other, more distant countries such as Ukraine or the Philippines.

Many Croatian hospitality sector workers already left their home countries for countries such as Austria and Germany, where the working conditions are better and the pay is at least double what they would receive in Croatia. To compound the problem, Switzerland will be opening its job market for Croats starting January, further adding to the drain of skilled local staff.

“The salaries for waiters or cooks are twice higher in Austria, for example, but we could compete with attractive accommodation conditions, quicker paperwork for working permits, lack of language barrier and proximity to home for the Balkan workers,” said Ostojić.