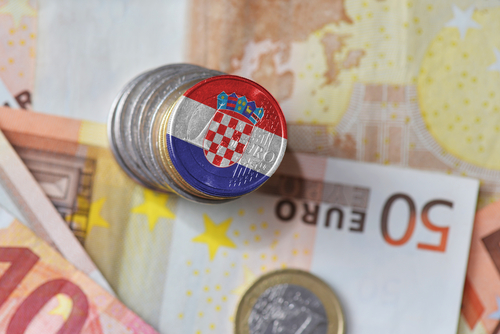 Brussels (Brussels Morning) Croatia is preparing to move away from the national currency, the kuna, in favour of the euro. The country signed a Memorandum of Understanding (MoU) with the European Commission on 10 September outlining the practical steps that need to be taken in order for the production of euro coins to get underway.

The MoU was signed by the Executive VP Valdis Dombrovskis, Commissioner Paolo Gentiloni, the President of the Eurogroup Paschal Donohoe and Croatian National Bank Governor Boris Vujčić at a ceremony after the meeting of the Eurogroup in Brdo, Slovenia.

“The Commission continues to support Croatia in its efforts to join the euro area, from which it stands to benefit greatly. However, before it can adopt Europe’s single currency, Croatia must first meet all the Maastricht criteria and continue to make progress on technical preparations”, Dombrovskis stated.

Croatia will receive a positive assessment of nominal convergence once it meets the Maastricht criteria, meaning if it manages to maintain price and exchange rate stability, demonstrates public finance discipline and achieves the required level of long-term interest rate convergence

The MoU allows Croatia, with the assistance of the Commission and euro area member states, to carry out all the necessary preparations in advance of and right up to the time the actual minting of euro coins begins.

Croatia’s PM Andrej Plenkovic told a press conference that the motif selected for the future euro coins that will circulate in the country would feature an image of Nikola Tesla, the great 20th century inventor.

Some 50,000 people took part in an online poll on what should be the coinage motif, with the majority favouring Nikola Tesla.