Croatia picks French Rafale over F-16 for its Air Force 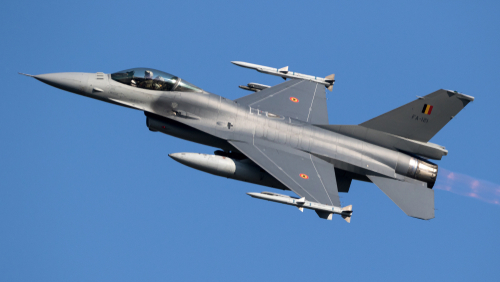 Brussels (Brussels Morning) The Croatian government has decided to purchase used French jet fighters rather than US-made, new jets in a deal reportedly worth close to 1 billion euro, after a long, controversial and troubled procurement process, according to a report by Jutarnji list.

Croatia is currently operating a venerable fleet of Yugoslav-era MiG-21 fighter jets, barely capable of performing NATO air policing duties They are due to be retired by 2024 at the latest, their end-of-use date, which has been stretched to the maximum. Without an operable air force, Croatia would have to pay a neighbouring country for air policing services – an arrangement, for example, that Slovenia currently has with Hungary and Italy.

Croatia originally started its jet fighter procurement in 2017, eventually deciding on purchasing 12 used and heavily modified F-16 C/D Barak models from Israel, in a deal that was claimed to have been approved by the US.

However, the administration of US President Donald Trump halted the deal in 2018, demanding the planes be returned to factory settings before the transfer which would have meant removing all the advanced modifications added by the Israeli air force. Croatia was forced to cancel the tender in 2019, insisting it could only accept planes in the condition they were offered for sale.

In a repeat tender for 12 fighter jets in 2020, Croatia was again offered used Israeli-modified F-16 jets, brand new US F-16 jets, new Swedish Saab Gripen jets and the used French Dassault Rafale jets. By December 2020, an expert commission determined that the best new plane would be the US F-16 Block 70, while the best used plane would be the French Mirage F3R.

Jutarnji emphasises that the choice of the French manufacturer – after two rounds of lobbying by the French Defence Minister Florence Parly – will open up new venues for industrial and political cooperation between France and Croatia, when previously they mostly lacked such ties.

Reportedly, France will reciprocate by making a stronger push for Croatia’s accession to the Schengen area – a long-time goal of Zagreb’s accession aspirations, which have repeatedly been opposed by the Netherlands and the Scandinavian countries. Croatian foreign policy experts have calculated that the US, the country’s strongest military ally, will not hold the jet procurement decision against Croatia and its government.