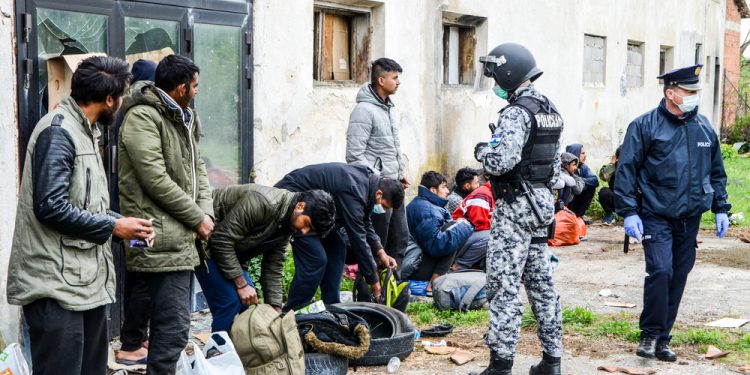 He called the press conference after the German weekly Der Spiegel reported that Croatian police successfully repelled illegal migrants who had repeatedly attempted to enter Croatia from Bosnia and Herzegovina their efforts to reach Western Europe. According to one unnamed illegal migrant, Croatian police beat and mugged a group he was part of, stealing their clothes and shoes, and then forcing them back to BiH.

Božinović rejected the accusations and asserted that reports of police brutality at the border were part of a campaign by groups that oppose Croatia.

Julija Kranjec of the Centre for Peace Studies (CMS), an activist organisation, pointed out that beatings and muggings would constitute a breach of international law. “Refugees who reach the territory of an EU member state and apply for asylum there have the right to have their applications assessed,” a right, she said, that also applies to illegal migrants.

Illegal migrants have been accusing Croatian police of violence at the border with BiH since mid-2018, with activist organisations and media relaying their claims. International organisations and NGOs, among them Amnesty International, Doctors without Borders and the UN High Commissioner for Refugees, had previously reported the brutal treatment meted out to illegal migrants, using photographs of injuries and statements by physicians who had treated the injuries as supporting evidence.

After an estimated one million illegal migrants entered the EU via the so-called old Balkan route in 2015, Hungary erected barbed wire fences along its borders with Serbia and Croatia, effectively shutting down the route and halting the illegal influx.

Those attempting to enter the EU illegally from BiH have since switched to the new Balkan route, many of them waiting for an opportunity to make the crossing in makeshift camps in BiH close by the Croatian border.

The latest estimates indicate between 8,000 and 9,000 migrants, mostly from Afghanistan, Pakistan and Syria, are waiting along the border, the EU’s longest external border among member states. Initially, locals in BiH were welcoming towards the migrants, but their attitude has changed as they now object to the intolerable conditions and the growing numbers of official and informal camps.

CMS’s Kranjec pointed out that since Croatia wants to join the Schengen Area, it must  show its willingness and its capability of defending EU’s external border against threats, including illegal migrants. EU Ombudswoman Emily O’Reilly has initiated an investigation into Croatia’s policing of the EU frontier.

Germany’s Chancellor Angela Merkel and France’s President Emmanuel Macron have called for tighter border controls in the wake of a series of jihadist attacks in the EU, and Croatia is showing it is willing and capable of providing and maintaining border security.