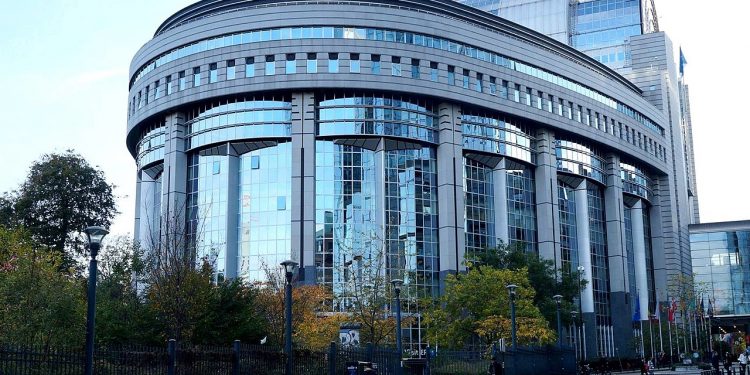 BRUSSELS (Brussels Morning) – In the plenary session of the Brussels parliament on Friday there was a long debate about the new energy ordinance, which MP Christophe De Beuckelaer (CDH) called “the most important of this entire legislature”. The opposition is not convinced that the new arrangement will attract additional suppliers. The debate shows that the financial consequences for Brussels residents of the introduction of the ‘protected customer’ status at Sibelga have not been calculated by energy regulator Brugel.

With the new energy ordinance – a 400-page document that was passed through parliament in a few days – the government wants to attract new energy suppliers as well as protect customers, and support the Brussels energy transition to renewable sources. The latter is done by enabling energy communities. These should actually have been introduced last year, within the framework of the transposition of an EU directive on this.

Majority and opposition are satisfied with the introduction of the energy community. A pilot project in a social housing block in Sint-Gillis apparently yielded an average price for the participants that is 30 percent lower than the current social rate.

Dissatisfaction with justice of the peace

But there was much less consensus on the first part of the ordinance. In particular, the fact that suppliers still have to go through a procedure before the justice of the peace to stop deliveries to defaulters is a thorn in the side of MR, CDH and N-VA.

That procedure can take a very long time and all the while the supplier has to continue to supply customers who ultimately do not show up at the court hearing in 80 percent of the cases, said MP Viviane Teitelbaum (MR). “In 90 percent of the cases, the justice of the peace then decides to stop the deliveries. This is not a protection but a sanction, it does not help the poor. The justices of the peace are themselves asking to reform this system.”

She advocates the installation of a conciliation procedure similar to that in the other regions, which would work much faster.

Cieltje Van Achter (N-VA) called the “left-wing overprotection” of customers something that “ultimately makes all Brussels residents worse”. “The suppliers are not paid, but they must continue to pay their levies to Sibelga, and the debts of the citizens are mounting. This is detrimental to everyone. The question was precisely to do something about this. The federation of energy suppliers Febeg already announced on Monday let it be known that your ordinance does not help.”

Teitelbaum and Christophe De Beuckelaer (CDH) referred to the advice of energy regulator Brugel on the new ordinance, which on that basis called itself “sceptical” about a possible return or arrival of new suppliers.

The fact that defaulters with debts after refusal by two suppliers are now allowed to apply for the status of ‘protected customer’ from network operator Sibelga, also raises questions at Van Achter about the cost price of this new measure. “What is the cost of this system and what will be passed on to Brussels residents?”

Minister Maron did not answer those questions directly, but did say in his answers later that energy regulator Brugel had shown itself sceptical based on an old version of the ordinance.