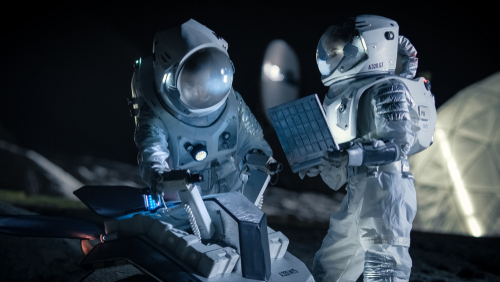 Brussels (Brussels Morning) NASA’s Crew-2 mission blasted off into space on Friday, carrying four astronauts on a six-month mission to the International Space Station (ISS), including the French astronaut Thomas Pesquet, who is set to become the first ESA commander of the station, France 24 reported.

The four astronauts launched from Cape Canaveral on their 23-hour trip to the space station on board a SpaceX Crew Dragon, the first instance of the SpaceX’s re-use of the human flight capsule, which was initially used as part of the Demo-2 mission.

Pesquet is scheduled to assume command of the station starting 13 October, and lasting until the four astronauts scheduled return to Earth on 31 October. In addition to Pesquet, the crew consists of JAXA astronaut Akihiko Hoshide and NASA astronauts Shane Kimbrough and Megan McArthur. All four are experienced astronauts who have already been in space.

During their 191-day mission, the team will run some 100 scientific experiments, observe a rigorous daily workout regime to slow down muscle loss caused by microgravity at the station. They will devote roughly half of their time aboard the ISS to maintenance of and upgrading the ageing orbital habitat.

One of the key goals for the mission is upgrading the station’s solar collectors. At nearly 20 years old, the current collectors have lost a lot of their efficiency, and, having been produced at a time when solar cell technology was less developed, they remain less efficient than modern collectors to start with. The planned upgrade entails each of the eight collector arms being installed with its own complementary, unfoldable solar collector.

ESA is extending its cooperation in space exploration with NASA in a range of planned future missions. These include a Mars sample recovery venture plus the joint construction of a future station planned to orbit the Moon, which is to serve as a gateway for future manned missions to the Earth’s nearest natural satellite.