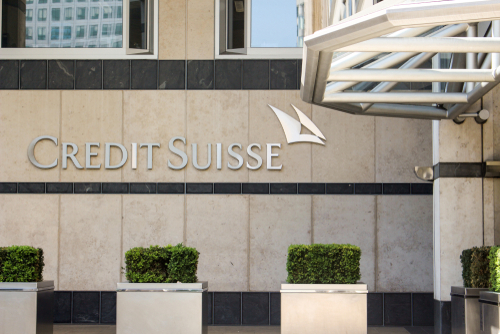 Brussels (Brussels Morning) Reeling from a series of global scandals, the Credit Suisse bank is reportedly considering an overhaul of its management system, planning to centralise the organisation of its client managers, the bankers responsible for handling the world’s richest clients.

Citing sources with knowledge of the reform plans, Reuters reports that the bank intends to scrap the decentralised, regional structure it adopted in 2015, and instead place all of its client managers on a shorter leash, to ensure that in future they report directly to the bank’s headquarters in Switzerland.

Bank executives recently gathered in Bad Ragaz for their annual strategy meeting, where, reportedly, they shared concerns about the possibility that Credit Suisse could face break-up calls from investors after its recent setbacks, or that it might become a prime target for a foreign takeover, given its sliding market value.

While mergers were not formally raised during the meeting, several sources confirmed that the bank’s top management would be much more receptive to a domestic merger, such as one with UBS, rather than an international takeover.

Meanwhile, the bank will likely go ahead with the planned organisational reshuffle, copying the UBS global wealth management structure, which is said to have enabled Switzerland’s largest bank to trim some of its costs. A centralised structure, the management hopes, would also lower the risk of future scandals eroding clients’ trust in the bank.

In the last year alone, Credit Suisse lost more than five billion dollars in the collapse of the Archegos family office, rushing to unwind its trades, while also facing a barrage of legal actions over 10 billion dollars’ worth of client investments linked to the Greensill supply chain finance firm, which collapsed last year.

The bank also features in a US investigation into a two billion dollar corruption case, linked to its loans for the development of Mozambique’s coastal defences. Last year, the bank announced that it was cooperating with the probe.